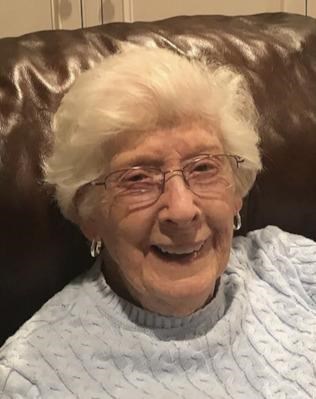 She was born in Bronxville on Nov. 6, 1930, the youngest of the seven children of William and Lillian (Wood) Quinn. She graduated from Tuckahoe High School and later moved to Continental Village in Philipstown, where she raised her family.

She married Edward Bolte, who died in 1978. Her six siblings also died before her.

Dorothy worked at BellSouth in White Plains, returning to work at AT&T following the death of her husband. She could often be found enjoying a new book or magazine on her back deck or in her reclining chair. She loved spending time with her children and grandchildren.

Visitation will be held at Joseph Nardone Funeral Home in Peekskill on Saturday (Feb. 27) from 10 a.m. to 2 p.m., followed by a graveside service at Assumption Cemetery in Cortlandt Manor. 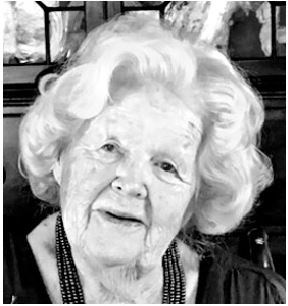 Penelope Wilson, 97, whose family farm in Cold Spring became the Glynwood Center for Regional Food and Farming, died on Feb. 10.

She was born in New York City on April 30, 1923, the daughter of George and Linn (Merck) Perkins. She grew up in New York City and on the family farm. Penelope, aka Penny, Mother, Grummy, Aunt Penny and Teacher Penny, was a force of nature, her family said.

Tall, creative, and willful, she attacked life with enthusiasm, passion and delight. She could be terrifying, and terrifyingly fun. A wonderful sense of humor, spontaneity and a pragmatic approach to the exigencies of life were her emblems, and she shared them generously.

She was educated at the Brearley School in New York City, graduated from Chatham Hall in Virginia and attended Bennington College in Vermont, where she studied art and architecture. After her marriage to William Wilson, a Williams College graduate and naval officer, in 1943, she lived in many places, from Pownal, Vermont, to Pensacola, Florida, San Diego and Garrison. In 1950, she settled at Wyllpen Farm in Chester County, Pennsylvania.

She taught art at the Westtown School from 1956 to 1962. She divorced in 1965, and in 1973 moved to her home, The Wolery, in Malvern, Pennsylvania. She was a fan of A.A. Milne. Penelope also had a home in Big Timber, Montana, whose wide open spaces were dear to her heart. Penelope exercised her philanthropic muscles regularly and widely. She was passionate about education, art, history, horses, conservation and architecture.

She loved jigsaw puzzles, owls, chocolate, art exhibits and lobster, and she always had a silly song at the ready.

Penelope is survived by her daughters: Linn Krieg of McAllister, Montana, and Arizona; Suzanne Wilson of Big Timber, Montana; Wendy O’Brien of Chestertown, Maryland and Aiken, South Carolina; Elizabeth Gonzalez of Oley, Pennsylvania; and Victoria Wilson-Charles of Veneta, Oregon. In addition to her grandchildren and great-grandchildren, she is also survived by her sister Anne Perkins Cabot. Her brother George died in 2008.

A private memorial will be held. Memorial donations may be made to the Glynwood Center (glynwood.org) or a local land trust.