Regina Clarkin is the co-founder and publisher of The Peekskill Herald (peekskillherald.com). 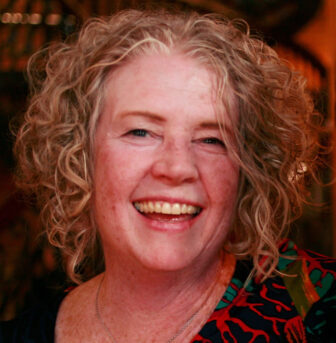 What prompted you to found The Herald in 1986?

During the summers when I was attending Marist, I worked at the daily Evening Star. It was owned by a chain in Virginia and they didn’t pay too much attention to it. After I graduated, I went to the editor who had hired me and said, “I want to start a weekly.” He shook his head and said, “There’s not enough money in your pocketbook to do that.” But Apple had just launched its desktop publishing division, and two other people and I got a $7,000 credit-card line and bought a Mac 512K. It helped that The Evening Star was sold in November 1985 and moved to Yorktown [it was later folded into The Journal News]. People were upset. We launched two months later and I sold a year’s worth of advertising in advance.

The Herald closed in 2000 and went away for 18 years. What happened?

I sold the paper in 1999 because I had a little child, which was labor intensive. After a year, the new owner decided he couldn’t make money. I think it was the first time in the city’s history that it didn’t have a local paper.

Nearly 20 years later, you relaunched The Herald online. Why?

I wanted to have a vehicle to write about Peekskill. There’s so much happening that I wanted to cover, and Peekskill is so deserving of having its story told. I spent my own money and set up a website for The Herald 2.0.

You recently held a fundraiser on Kickstarter. How did that go?

I decided it would gauge community support. We asked for $5,000 and 110 backers gave us $7,530. That allows me to pay a reporter, Jim Striebich. He had been working in live events, which of course got shut down by COVID-19.

What has been the most popular story so far?

Initially it was a progress report that Jim wrote about 15 development projects, most of them in downtown Peekskill. That got about 3,000 views. It was surpassed this month by an obituary I wrote for Paul Laubin, a world-renowned oboe maker who died in his studio at age 88. That’s at nearly 10,000 views, and one musician submitted a love letter to her Laubin oboe. Coming up, there are going to be Democratic primaries for the City Council, which has not happened in a long time.

One thought on “5 Questions: Regina Clarkin”