With the approach of Memorial Day on May 31, the Beacon Historical Society is searching for World War II veterans.

Hundreds of the city’s men and women enlisted or were drafted during the war, and 67 Beacon men lost their lives. In the photograph below, taken about 1944, five teenagers point to a victory sign flying near Serino’s Grocery at Wolcott and Hudson avenues. 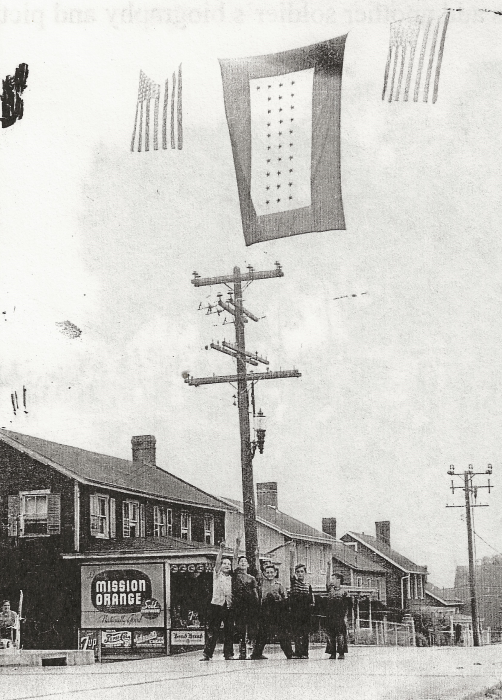 The 31 stars represent the number of people from the predominantly Italian-American neighborhood then serving in the Armed Forces. If you know a Beacon resident who served in World War II, email Denise Doring VanBuren at [email protected]