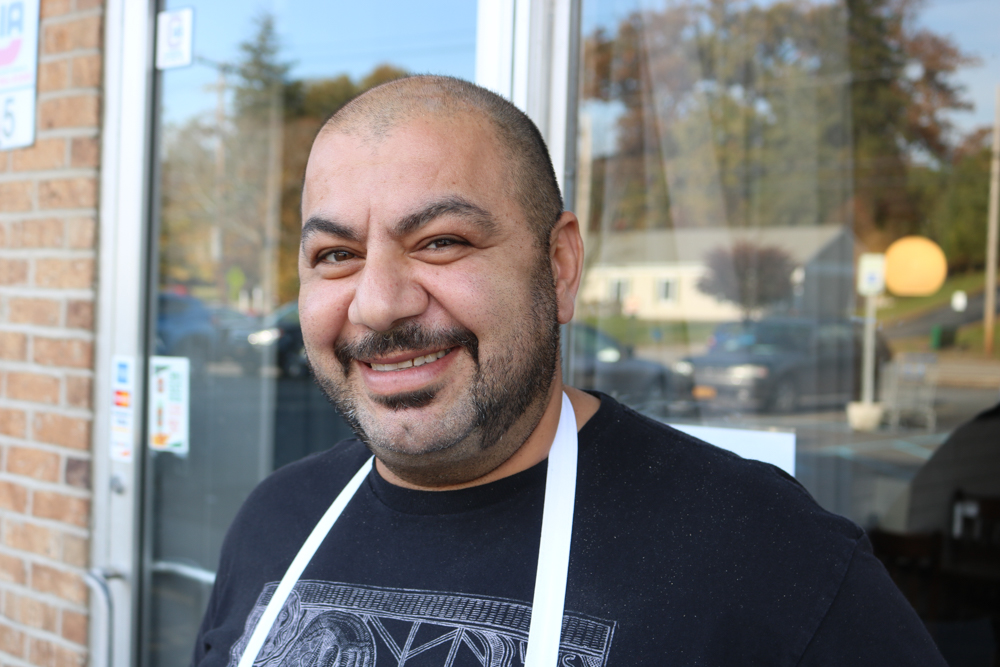 On May 15, Ziatün is typically closed. The Palestinian proprietors of the Middle Eastern restaurant on Main Street in Beacon observe the anniversary of the Nakba — Arabic for “the catastrophe,” a reference to the displacement of Palestinians from what is now Israel — in resistance, by closing their doors.

This year, May 15 fell amid an 11-day bombardment of the Gaza Strip, a Palestinian territory on the Mediterranean Sea, by the Israeli Defense Forces, which killed 256 people. Rockets fired from Gaza by Hamas and the Palestinian Islamic Jihad into Israel killed 12 people.

“Usually we prefer to close the business on that day,” says Kamel Jamal, the owner of Ziatün, whose parents belong to the first generation of Palestinian refugees that were displaced by the founding of Israel in 1948. “But because of the situation that our country is in, and the amount of people in need, we decided to keep our doors open and donate our sales to help children in refugee camps in the surrounding areas of Palestine.”

The fundraiser is an example of Jamal’s belief in community outreach, as he describes it. Besides Ziatün (pronounced “Zay-toon”), his restaurants include Tito Santana Taqueria and the Beacon Bread Co., as well as the cocktail bar W.T.F.

Although Jamal’s restaurants are in Beacon, and he and his family reside in Hopewell Junction, Palestine is very much on his mind. He has relatives in Ramallah and elsewhere in the Palestinian territory of the West Bank, whom he helps support but has not been able to see since 2017.

Traveling to Palestine, even with a U.S. passport, involves flying into Amman, Jordan, and then crossing the Jordan River Valley into the West Bank, which “wouldn’t be wise” at this time, he said. So, instead, he focuses on efforts like the Nakba fundraiser.

Jamal was born in a refugee camp outside of Amman; his family moved to the U.S. in the late 1970s. His childhood followed the Hudson River as the family — including his six sisters and brother — moved from Manhattan to Yonkers to Yorktown. Family life revolved around the kitchen table.

During high school he found work at a Yorktown restaurant, where “the chef promised to teach me how to cook if I got the dishes done on time,” Jamal recalled, with a laugh. “I’m still the best dishwasher my company has!”

In 2007, Jamal and his wife, Lena, traveled farther up the Hudson to Cold Spring to open an Italian restaurant, Angelina’s, which they have since sold. The quiet village weekends sent the couple to bustling Beacon, where they launched Tito Santana Taqueria in 2011, Beacon Bread Co. in 2014 and Ziatün in 2016.

“Opportunity finds you, you don’t find opportunity,” says Jamal. “I got tired of my friends and colleagues telling me to do something I was good at, so I opened a Middle Eastern restaurant.”

Ziatün serves staples such as kebabs, falafel and mujaddara, as well as Palestinian specialties such as imported olives. His latest venture, W.T.F., next to Beacon Bread Co., opened in 2020; the name reflects, he quipped, his reaction to the pandemic, although officially it stands for Wednesday, Thursday, Friday.