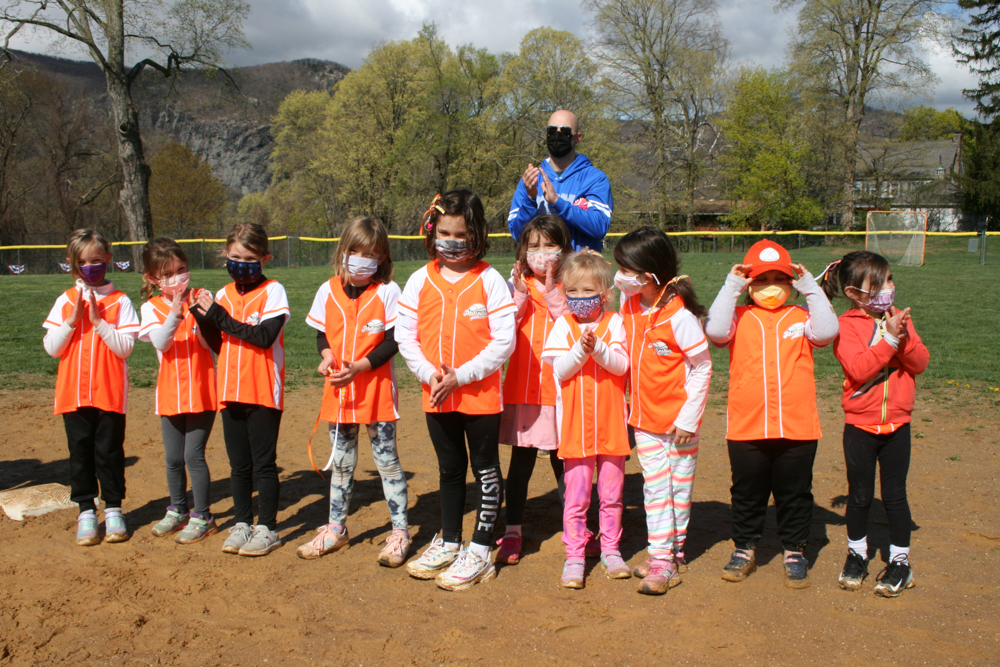 The Philipstown Little League softball program made a return this spring after an absence of 10 years and board member and softball coach Megan Cotter said the program was a smashing success.

“We had 75 girls, more than ever,” she said. “The response we’ve gotten has been pure joy. After the year we’ve been through, to see the girls come out in numbers and support the program, having the games and seeing community members come together, has been something special for both people who are new to the area and people who have lived here.” 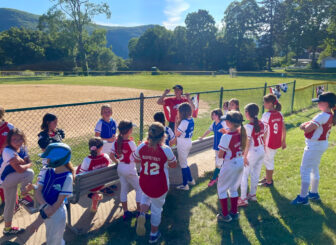 Coach Megan Cotter works with the “coach-pitch” softball teams during the spring season.

The program included six teams, with one for kindergarten and first grade (junior minors); two for ages 7 to 9 in which the coaches pitch (the Red Ravens and Hudson Hawks); an instructional league team for ages 10 to 12, coached by Carmen Pagen; and a fast-pitch team for girls in the fifth, sixth and seventh grades.

The fast-pitch minors team went 13-2, and the two coach-pitch teams each won at least 10 of their 15 games. 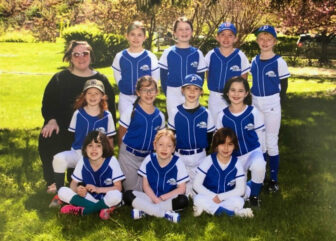 Philipstown Little League also fielded 11 baseball teams during the spring, with players ranging in age from 5 to 12 years.

The league held its closing celebration at Perkins Field on Saturday (June 19), capped off with a minor league championship game in which the Giants held off a late charge to defeat the Mets, 8-7. 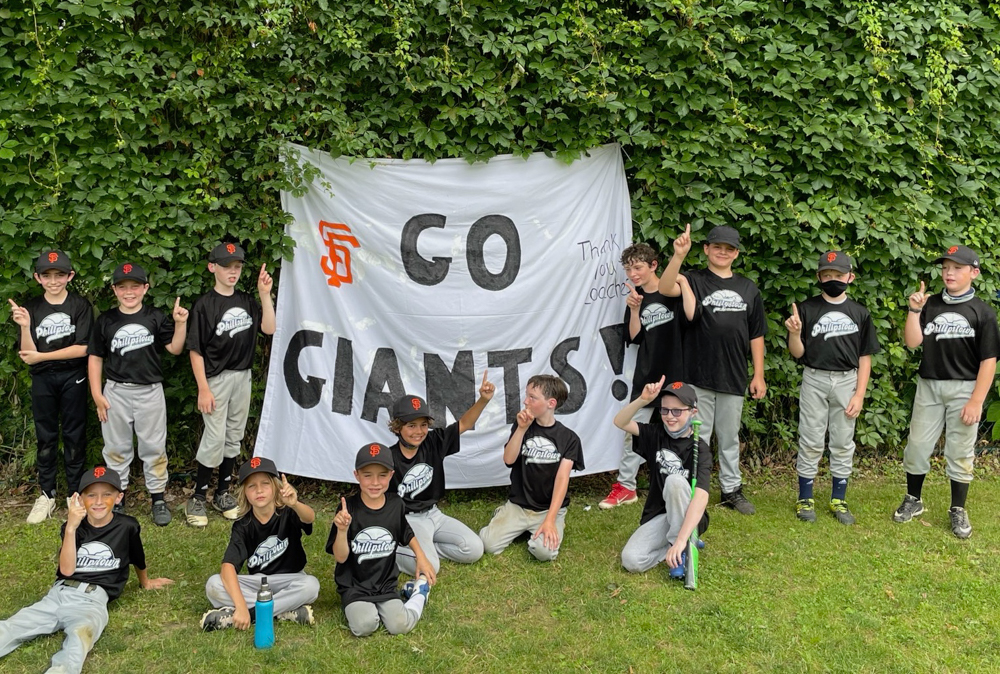 The Giants held off a late charge on June 19 by the Mets to win the Philipstown Little League minor league title. (Photos provided)

“It was a fantastic season for our teams,” said the league’s president, Paul Tomizawa, who is also a coach. “We had a lot of young players and a lot of inexperienced coaches, and we learned a lot together, and can grow the game together. We want the kids to be successful and love learning the game. A lot of these coaches and parents played here as kids, so they really love it.”

Philipstown has two teams involved in the Williamsport Little League Tournament: an All-Star team of players ages 10 and younger and another made up of players ages 12 and younger. The 12U team was scheduled to play Thursday (June 24) at the North Highlands Fire Co. field in Philipstown and will continue tournament play next week.