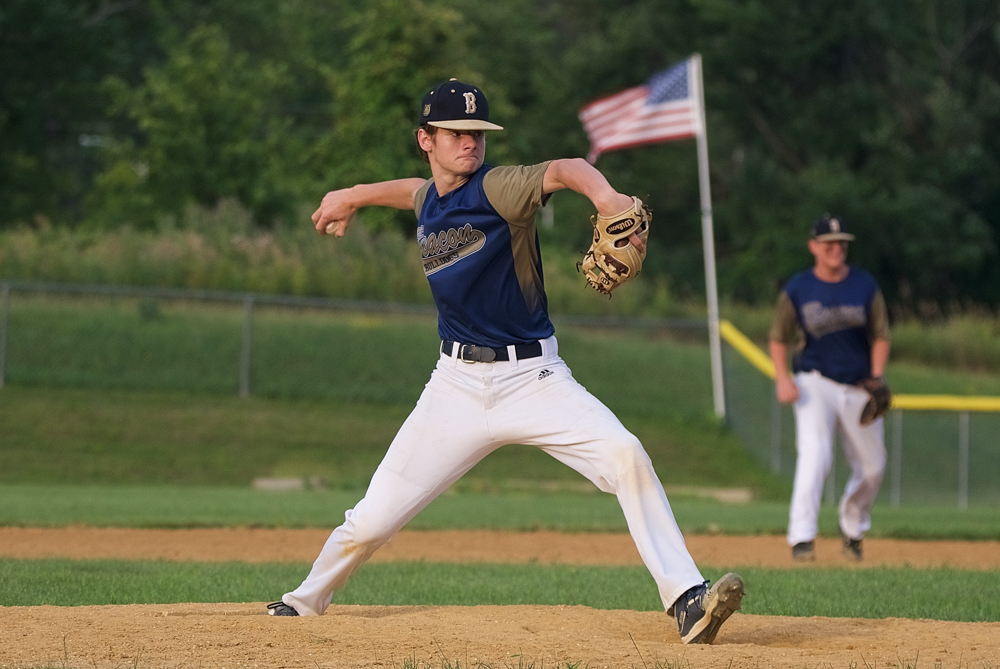 Liam Murphy delivers for the Bulldogs in a win over Newburgh last week at Beacon High School. (Photo by S. Pearlman)

The Beacon baseball travel team for players ages 14 and under won six of its last seven regular season games in the Greater Hudson Valley Baseball League, with playoff pairings expected this weekend. 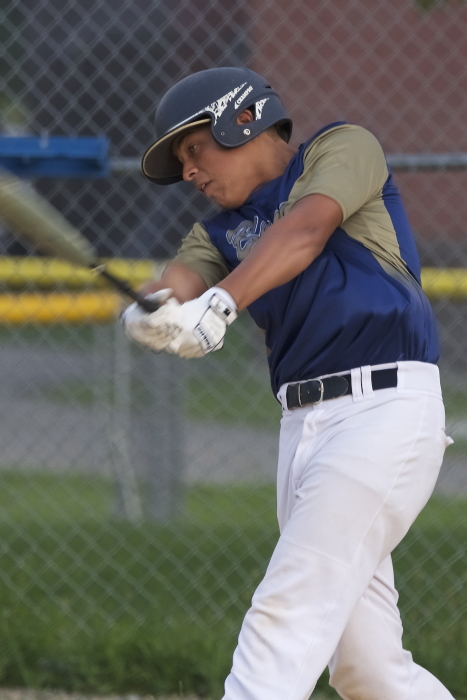 Atwell said his team’s pitching has improved over the season and that Beacon (9-2) could make some noise in the league playoffs, which begin next week.

“We had some opportunities,” including the bases loaded in the bottom of the sixth, Atwell said. “We ran ourselves out of a couple of innings with bad base running. We didn’t hit the ball with runners in scoring position.“ 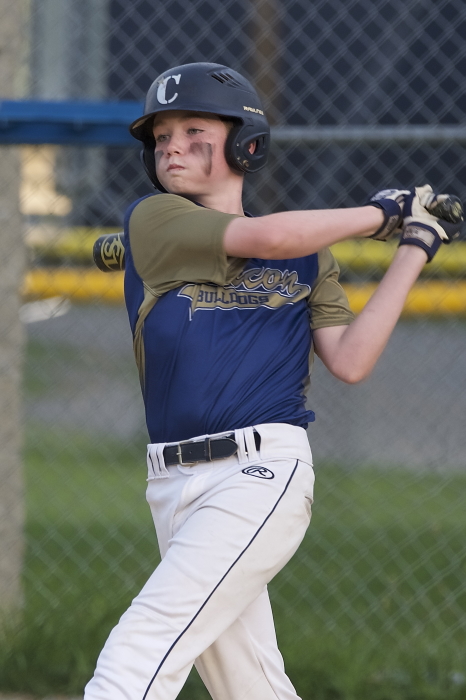 On Sunday (July 18) at Cortlandt, Jackson Atwell picked up the win on the mound. Derek Heaton went 5-for-5 and drove in three runs, and Antalek went 2-for-2 with two triples and five RBI.

In Saturday’s doubleheader sweep at Marlboro, Anthony Borromeo pitched a complete Game 1 and Jurgenson got the victory in Game 2. Murphy drove in two runs in the first game and Fontaine had two RBI in the second.

The prior Friday at Beacon High School, the Bulldogs rolled past Newburgh behind a solid performance by Murphy, who pitched four scoreless innings. Jordan relieved for one inning, in what Atwell called a “sloppy win.”

Beacon’s 11U baseball team picked up perhaps its most impressive win of the season on Wednesday, battling back from a 6-0, first-inning deficit to stun the Cadets Baseball Academy, 11-9, at Memorial Park.

“It was a great comeback,” said Coach Jed Varricchio. 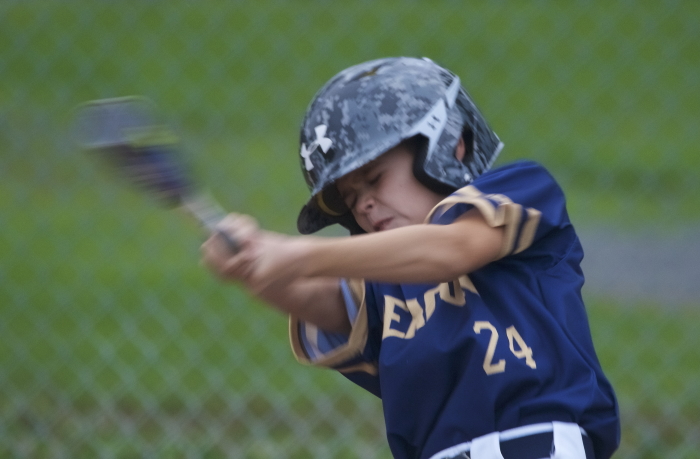 Beacon’s Jake Deluise had an RBI in a Bulldogs win over Cadets Baseball Academy. (Photo by S. Pearlman)

“After we came back, we held them down with our pitching,“ Varricchio said. “And we played good defense behind them.”

Nolan Varricchio, Rivers and Fontaine each drove in two runs, and Hudson Barton, Jake Deluise and Jesse Apostolou each had one RBI.

“Barton gave us some good at-bats, and Jayden Lassiter had a nice game,” Varricchio said. “It was a nice offensive performance.”

The Bulldogs (3-5) were scheduled to finish their season today (July 23), hosting a team sponsored by the Hudson Valley Renegades at Memorial Park. The playoffs are scheduled to begin Monday (July 26).