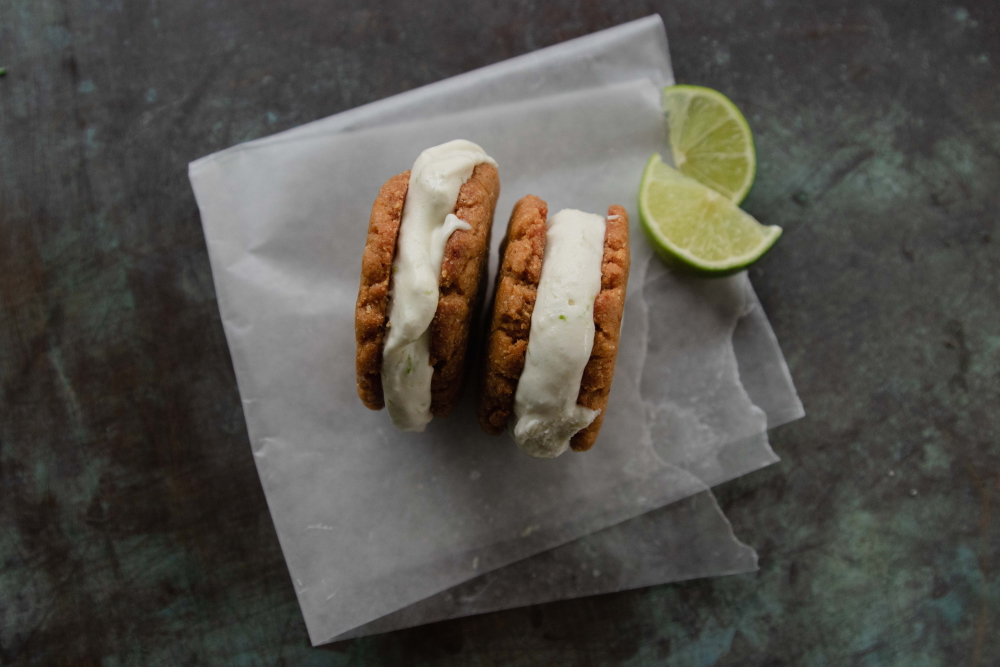 Alone in the desert, or blindfolded and deprived of recognizable landmarks, a person will walk in circles. This has long been known. Yet to this day, scientists don’t understand exactly why. Researchers at the Max Planck Institute for Biological Cybergenetics in Tübingen, Baden-Württemberg, Germany, have ruled out body asymmetry — e.g., one leg that’s longer than the other — as well as the Coriolis effect, which describes why water drains clockwise or counter-clockwise depending on hemisphere.

One advantage of moving through time instead of, say, an empty desert, is that you do eventually arrive somewhere, even if you feel like you’re going in circles (which is how I felt for much of the summer). For instance, here we are at Labor Day! How did we get here? Who knows? We made it.

Another nice thing about temporal progress is that we have so many comforting holiday rituals in place with which to mark our various arrivals. Happily for me, most of these have a food component: turkey, champagne, conversation hearts, cookouts, birthday cake.

Labor Day, a holiday created in 1894 to appease American workers who’d been badly mistreated by their bosses and their government, is now primarily a time to appease our sadness that summer is over.

Which is why I’ve been thinking about last-chance summer foods that brighten people’s days. In all my years of cooking, the single dish I’ve known to cause the greatest happiness in the greatest number of people is homemade ice cream sandwiches.

A few summers ago, when I ran the kitchen at a summer camp for teenagers, I was approached during pre-camp by my sous-cooks, a pair of stunning young women whose own space-time skills may or may not have been affected by one too many trips to Burning Man. “We want to make something special for the kids,” one of them said. Those kids — the campers — were arriving in two days. The cooks proposed cookies or ice cream.

Why not merge them? I suggested. Make ice cream sandwiches! I gave them a few essential tips and sent them on their way.

Fast-forward two nights: The campers are gathered in the dance barn, their nervous, wary energy filling the space to the rafters. Suddenly, two mystical cooks appear bearing trays piled high with frosty creations. The cooks hadn’t taken my advice (a harbinger for things to come) and their ice cream sandwiches were lopsided, collapsing, squashed or broken. No one cared. The ecstatic surge in energy reminded me of Beatles fans at the Ed Sullivan Theater. For the rest of the six-week summer session, my sous cooks were rock stars.

I repeated the experiment for the next five years at the all-camp gathering known as Interdependence Day. There, more than 600 campers and staff would come together for a big party, with performances, singing and square dancing. The kitchen staff and I set up tables along one side of a giant meadow. When we began passing out ice cream sandwiches, all 600 people dropped what they were doing and moved toward us in perfect, zombie-like unison. Had they all been blindfolded, they would not have wavered from their paths.

The other day, while I was baking a batch of the peanut butter cookies I wrote about last summer (see highlandscurrent.org/pb-cookies), I began contemplating peanuts. They appear in both sweet and savory dishes, but with totally different companions: chocolate and caramel in candy bars and desserts; coconut and lime in Thai and other southeast Asian dishes. What would happen, I wondered, if I moved ingredients from column B to column A? So I tried sandwiching coconut-lime ice cream between my peanut butter cookies. Peter was my guinea pig. “Wow,” he said. “It’s like zing and then whump. Amazing.”

It’s far too late for me to gain rock-star status in his eyes, but I still like to do something small and sweet every once in a while to keep our love on track.

1. Freeze the cookies for at least 2 hours (see tips). About 10 to 15 minutes before you’re ready to compose the sandwiches, place a metal bowl in the freezer and move the ice cream into the refrigerator.

2. Transfer the ice cream to the cold bowl. Using a wooden spoon, mix in the lime zest, juice and vodka, if using. Remove cookies from freezer. Working quickly, place a generous scoop of the ice cream mixture in the center of one cookie, and use a second to press it down until it reaches the edges.

3. Return the completed sandwiches to the freezer for 1 to 2 hours before serving. If you won’t be eating them that day, store in a resealable container lined with waxed paper.