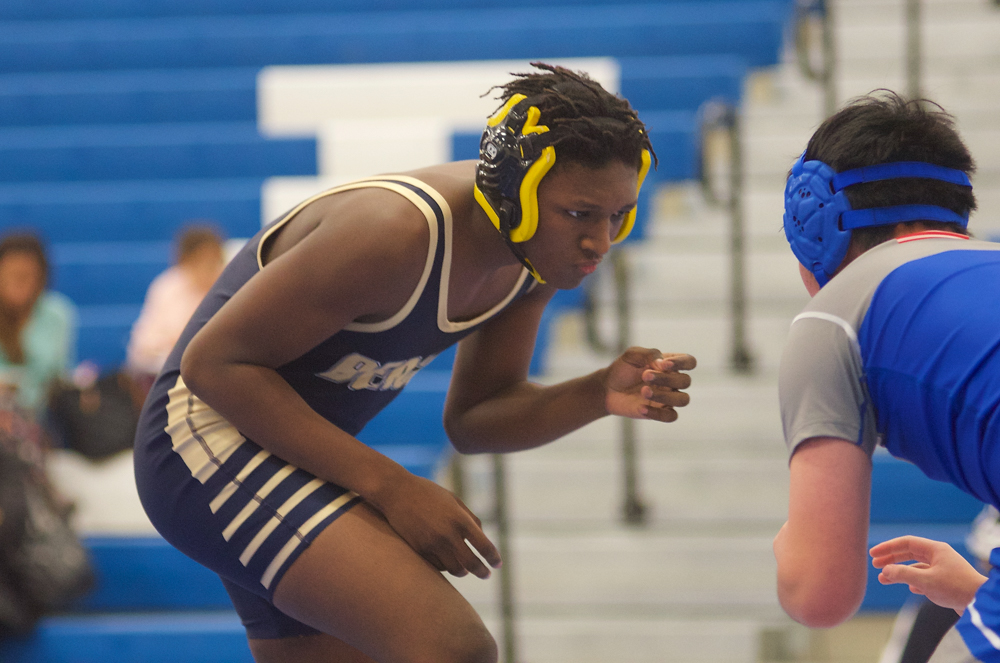 The Beacon High School wrestling team opened its 2021-22 season — its first in Section IX after the district moved from Section I — on Wednesday (Dec. 1) at home, dropping a 57–18 decision to Valley Central.

“We are missing some key guys in our lineup, so that will make a difference when they get back,” said Coach Ron Tompkins.

The Bulldogs picked up victories from senior Ray Robles (by pin, at 145 pounds), senior Lou Del Bianco (pin, at 215 pounds) and senior Tyler Haydt, a newcomer at 285 pounds who Tompkins  expects will “surprise some people” because of his size and strength. 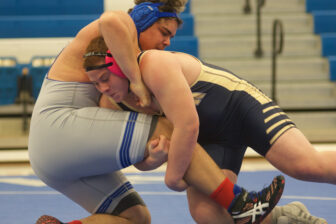 Lou Del Bianco, seen at right in January 2020, scored a pin in his first match this season.

The Bulldogs did not compete during last winter’s abbreviated season and Beacon was a .500 team in 2019. A major loss from the 2019 team is junior Chris Crawford, a sectional champion who moved to a different school district.

Tompkins pointed to Del Bianco and senior Danny Way (130 pounds) as key returning wrestlers, as well as junior Aaron Pegues (189) and senior Alex Khalil (172). Newcomers include freshmen Brandon Martinez (126) and Jude Bendacourt (118). “From what I’ve seen of our newcomers, no one gives up,” said Tompkins. “They just need some mat time; they’ll all get better.”

The Bulldogs are scheduled to wrestle on Thursday (Dec. 9) at Newburgh.