According to a newspaper account, the 10-year-old son of a wealthy resident of Fishkill went to the owner of a Newburgh livery and, with tears in his eyes, said his father was dying and he needed a horse and buggy to alert his uncle. When the boy did not return, the stable keeper raised the alarm and the boy was located at a hotel 30 miles away. It turned out there was no uncle, and the father was in good health. The boy had been trying to sell the horse and buggy to raise money to go to California.

The steamer Water Lily sank off Fishkill Landing but its crew was rescued.

A brakeman on the Hudson River railroad was knocked from a freight car into the river at Fishkill Landing on a Saturday night when the train came to a bridge he had not expected. He swam to shore and signaled the next train for New York.

The Newburgh police chief put a distressed teenager, Flora Brown, on the 9:58 express at Fishkill Landing bound for Troy to reunite with an aunt. When rescued by police, the girl was wandering the streets, followed by a group of “scamps.” Her foster mother in Illinois, Edith Brown, wrote the chief after reading of Flora’s plight in the New York Herald. “Please be very gentle with her, as she is very nervous,” she advised. Apparently the teen had been traumatized by the Great Chicago Fire in October and had fled to New York to locate her aunt.

On Christmas night, at about 11 p.m., John Gill and Arthur McMann, both Irishmen, were at Jacob Kniffen’s inn in East Fishkill when McMann asked Gill why he had not been at church. Gill said he was caring for his employer’s livestock. When McMann rebuked him, Gill replied, “To hell with your church!” The two men scuffled, but Kniffen persuaded McMann to leave. At about 2 a.m., Isaac Purdy, returning home, found Gill covered in blood on the side of the road near Gayhead [Route 52 at Route 376]. He had been stabbed five times and robbed of $36. McMann could not be located.

John Philip Sousa gave one of his grand concerts on Dec. 28 at Peattie’s Academy of Music in Fishkill Landing. Reserved seats could be ordered by mail. [Known as “the march king,” the composer and bandmaster toured with his Sousa Band from 1892 to 1931 and performed at 15,623 concerts.] 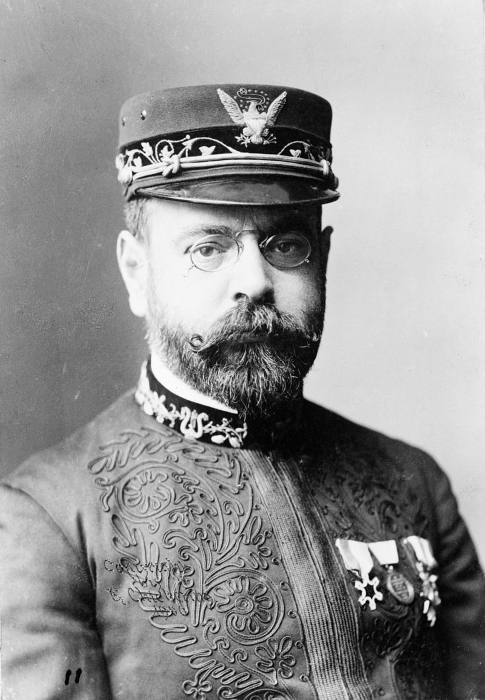 Frank Sutton, who had been acquitted two years earlier on charges he shot a night watchman while burglarizing the post office in Matteawan, was convicted in Troy of robbing a jewelry store. He was described by the New York Sun as a dapper man and clever convict; after he was transferred from the Poughkeepsie jail to Dannemora [the Clinton Correctional Facility], jailers found nine saws, two door keys, three handcuff keys and three metal files behind tin sheeting in the sink room. Earlier, a search of Sutton’s cell had turned up a piece of soap in which he had made impressions of the guard’s keys.

Edwin Gould of the Continental Match Co. bought the carpet mills near Matteawan. With a contract in hand to supply Austria with matches, he planned to train the Glenham girls who made carpets how to turn out matches.

According to a newspaper account, Melissa Hunt, a 15-year-old girl from Fishkill Landing, had a startling aptitude for music but no money. Her brothers scraped together the funds to surprise her with a piano; when she saw it, she shrieked and fainted. When she awoke, it was said, she was afflicted with “hysterical mania” and did not speak for more than a week.

Napoleon Marceau of Fishkill Landing, a brakeman on the New York and New England Railroad, narrowly escaped death at Hopewell Junction. He was standing on the bumper of the next-to-last car and pulled the coupling pin so a “flying switch” could be made with the last car. But he lost his footing and fell to the track in front of the rolling, castaway car. He positioned himself parallel to the rails and the car passed over him.

Dan Brouthers, a noted baseball player, bet Dennis Hurley and Wash Rossman that he could walk the 7 miles from Fishkill Landing to Wappingers Falls before they could get there on bicycles if they gave him an hour’s head start.

Two girls from Fishkill Landing were charged with vandalism after they cut down a pair of 10-foot evergreens in the Methodist Episcopal cemetery for Christmas.

At the invitation of Superintendent H.E. Allison, the Dutchess County Board of Supervisors visited the Matteawan state asylum for insane criminals for supper and a tour. At the time, the facility housed prominent inmates such as train bandit Oliver Curtis Perry; Lizzie Halliday, who had murdered her family; the boy firebug Howard Moshier; and George Appo, a Chinese-Irish-American swindler, pickpocket and opium addict who had been convicted of stabbing a newspaper reporter in the thigh. His father, Quimbo Appo, had been imprisoned at Matteawan since killing a man in 1876 over a game of checkers.

The state Highway Department completed its third Dutchess County highway, connecting Red Hook and Millerton. The first, in 1915, connected Poughkeepsie and Amenia, and the second, in 1917, Beacon and Patterson.

In preparation for winter, Beacon purchased a truck scraper to clear snow.

Health officials were hopeful they had gotten a typhoid outbreak under control, with only two new cases reported.

A thief with nerves of steel twice pinched Samuel Edelman’s clothing store. First, he came in and selected a coat and pair of gloves, then said his boss would come by soon to pay. The “boss” never came, but the man returned a few days later saying he wanted to pay the bill. He asked for another pair of gloves, and when Edelman returned from getting them, the man had left with several coats.

Voters rejected a proposal, 706-311, to spend $150,000 to build a municipal building and war memorial for the city offices and American Legion headquarters with a ballroom, gym and pool.

Railroad detectives who apprehended a man they said was stealing a bundle of woolen cloth from a freight car in the Beacon yard shot him in the leg when he tried to run. A search of his rented room uncovered other stolen freight: felt for piano hammers, paint and groceries. The suspect and another man were later charged with selling cocaine to workers at the Belle Isle brickyards.

For reasons not explained, attorney John Mack had three nuns in his Packard when it was hit by another car at the corner of Main and Teller. One sister was thrown from the vehicle but suffered only minor injuries.

Frank Rikert, a former city judge and Beacon’s oldest lawyer, and Anna Sherman, of Bridgeport, Connecticut, both 73, were married at the First Methodist Church. The attendants were his daughter and 13-year-old grandson.

The Poughkeepsie Eagle-News, noting that Beacon “has a reputation of being a very accommodating city,” reported that a well-dressed stranger had approached a shopkeeper on a Wednesday evening, asking where he could find cigarettes and a minister. When a pastor was found, he and a woman who had been waiting in a car were married on the spot; the bride kissed everyone in the crowd on both cheeks.

The Beacon police began a campaign against all-night street parking, placing notices on 411 vehicles during the week and issuing 25 tickets over the weekend.

Teachers petitioned the Board of Education to increase the minimum annual salary by 45 percent for elementary and 20 percent for high school.

The school board was informed that the two grade schools had enough coal for the winter but that the high school would run out by the end of the month.

A foot patrol officer who spotted a vehicle that had been reported stolen gave chase on Rombout Avenue after commandeering the car of a passing resident. He arrested the suspects at gunpoint and found each was armed with a revolver.

A 7-year-old boy broke his arm when his sled left Tompkins park and struck the rear wheel of a passing truck on Fishkill Avenue.

Hours after Beacon teachers threatened to strike, negotiators agreed to raise salaries retroactively for the 1971-72 school year by 8.5 percent. The district and Beacon Teachers’ Association had negotiated the one-year contract for 10 months and planned to begin discussing a one-year contract for 1972-73 in February.

The trustees of the Howland Public Library voted to purchase the former Fishman’s Department Store at 313 Main St. for $80,000 as its new home, increasing its floor space by 10,000 square feet over its location at 477 Main St., which had opened in 1872. Francis Doughty, the board president, noted that Mrs. Joseph Howland’s will stipulated that the building always be a library or museum or it would revert to her descendants. [It became the Howland Cultural Center.]

Darina Devens, a ballet dancer with Disney on Parade, was featured on an episode of The Wonderful World of Disney that was taped in Australia during a 100-city tour. As a teenager, she had studied with Elisabeth Schneider at the Ballet Arts Studio in Beacon.

During their annual holiday gala, the 425 members of the Greater Southern Dutchess Chamber of Commerce cheered the directors of the Hudson Valley Stadium Corp. for constructing a minor league baseball facility in Fishkill.

Robert Figres of Beacon was one of eight students at the Dutchess County BOCES technical center who made toy trains for Toys for Tots by hand.

A 27-year-old Beacon taxi driver was convicted of sexually assaulting an 11-year-old boy he picked up in his cab.

Melio Bettina, who won the world light-heavyweight boxing title in 1939, died at age 81. He turned pro at age 17 after winning the New York Golden Gloves competition and over 14 years compiled a record of 82 wins (36 by knockout), 13 losses, three draws and one no-decision. After retiring from the sport in 1948, he worked as a car salesman at Shaw Motors and Foothills Motors. North Brett Street was renamed in his honor. 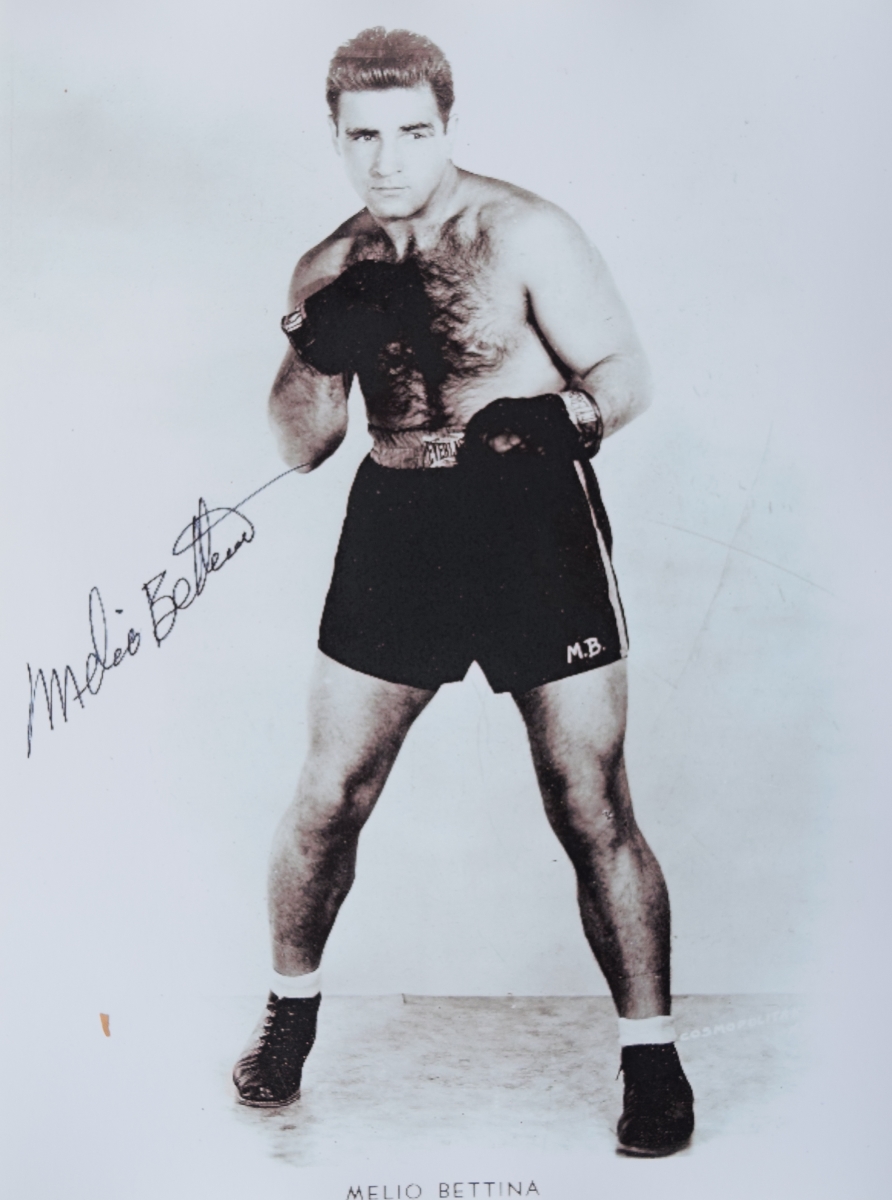 Scenic Hudson said it was considering buying and preserving 21 acres of privately owned land in the area of Long Dock.

The City Council let an $8.7 million contingency budget proposed by the city administrator go into effect after it could not agree on an alternative before a Dec. 31 deadline. The plan included a 3 percent raise for city employees and a tax increase of 2.85 percent. Councilman Lee Kyriacou [now Beacon’s mayor] proposed a budget that was $115,000 less than the contingency, which was amended to $20,000 less but failed on a 4-3 vote.