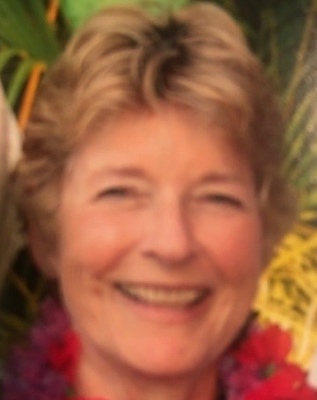 She was born May 25, 1941, in San Diego, the daughter of Dr. Harold Lyons and Ione Gillham, a founder of Cattlemen’s restaurants. In Marin County, she attended Sir Francis Drake High School and was in the first graduating class at Redwood High School. She graduated from Willamette University in 1963 with a degree in English, where she was a member of the Delta Gamma sorority.

Elaine began her professional life in New York City at J. Walter Thompson during the “Mad Men” era of advertising, and then worked for Time Life Books before returning to San Francisco in 1967. There, she worked for a private family before becoming a fundraiser at the California Pacific Medical Center and the Oakland Museum. Elaine then dedicated many years to the recruitment and job placement field.

When her husband’s employer relocated to New York, they moved to Garrison in 1991. There she continued making friends as she worked as director of Manitoga, the Russel Wright Design Center. She became involved with CEO, a nonprofit that arranged employment and job training skills for ex-offenders. She was passionate about art and volunteered as a docent at the Storm King Art Center in New Windsor.

Returning to Berkeley in 1998, she worked as a professional recruiter until her retirement in 2003. She became active in the nonprofit sector following her retirement. She mentored young girls at a Girls Inc. afterschool program in Oakland. Elaine was president of the Mills College Associate Council, which raised money for scholarships.

Elaine has been a dedicated docent at the U.C. Botanical Garden for the last 18 years. She made many lasting friendships during her 39-year membership in the Berkeley Tennis Club.

Opera, ballet, visiting museums and travel were among her passions, and she never missed a Mark Morris Dance Group performance at Zellerbach Hall, on the campus of the University of California, Berkeley. She was always able to blend in her wit and irony on current events, art, culture, shopping and food — a dependable resource on a diversity of topics, her family said. As her husband, William Halnan, said, and to which her family, friends and acquaintances concurred, “We had fun!”

Along with her husband of 52 years, she is survived by her sisters, Suzanne Lyons of Lakeport, California, and Jennie Lyons of San Francisco; a sister-in-law, Jane Halnan of Walnut Creek, California; and four nephews and three nieces. 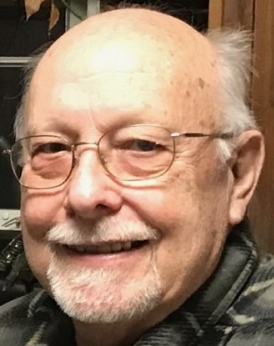 He was born Feb. 12, 1943, in Cold Spring, the son of Chester and Helen Warren. Chester worked for 30 years at IBM in East Fishkill as a quality control inspector, until his retirement. He enjoyed the great outdoors, hunting, fishing and taking walks in the woods with his dog, Carly.

Friends may call on Monday (May 23), from 5 to 8 p.m., at Clinton Funeral Home in Cold Spring. A funeral service will be held there on Tuesday at 11 a.m., followed by interment at Cold Spring Cemetery.

One thought on “Philipstown Obituaries”