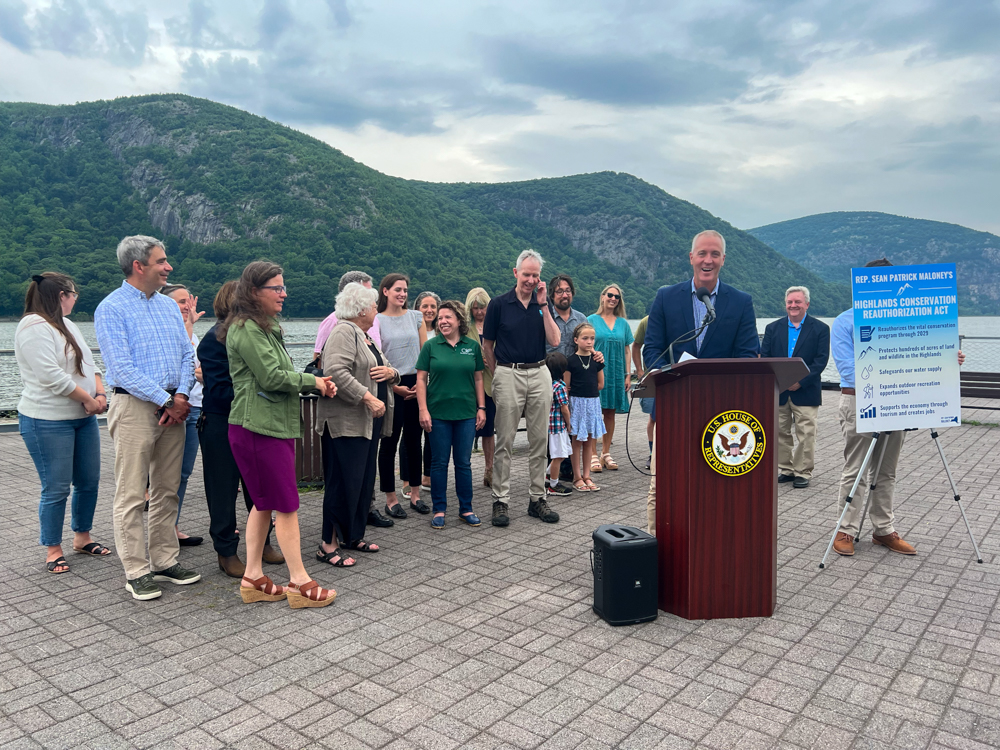 Sean Patrick Maloney at the Cold Spring Waterfront on July 5 (Photo by B. Cronin)

U.S. Rep. Sean Patrick Maloney joined elected officials and environmentalists at the Cold Spring waterfront on Tuesday (July 5) to promote his legislation reauthorizing the Highlands Conservation Act, which passed the House in April.

First enacted in 2004, the HCA underwrites land-conservation projects in the Highlands regions of New York, New Jersey, Pennsylvania and Connecticut. It is credited with providing funding to add 230 acres to Fahnestock State Park and 2,150 acres to Hudson Highlands State Park, including the vital Scofield Ridge area, which links Fishkill Ridge to Breakneck Ridge.

Maloney introduced the reauthorization bill in the House. If approved by the Senate, the legislation would extend the Highlands Conservation Act through 2029, with $10 million in funding.

“If you’ve ever gone hiking or just spent a day on the river, you have, whether you know it or not, benefited from the Highlands Conservation Act,” said Maloney.