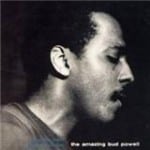 Bud Powell, often dubbed “the father of bebop piano” will be saluted musically by some of the top contemporary jazz pianists at what is being billed as a “Jazz Piano Extravaganza” this Thursday (Sept. 30) evening in Peekskill.  A special feature of the evening will be the opportunity to hear two pianos being played in the same room.
Conceived by Ford Piano factory’s John Ford and Powell’s son, John Earl Powell, a Peekskill resident, as a birthday tribute, which they hope will, according to Ford, “help raise public awareness of the impact his [Powell’s] father’s music had then, has now, and will have on musicians into the next century.”
Celebrating this pivotal figure in the history of jazz will be Barry Harris, whom Ford describes as “the guru of all jazz piano teachers. Pretty much everyone who plays jazz piano all took their lessons from him.” According to this reporter’s husband, a jazz aficionado, “Barry Harris is the great maintainer of the bebop heritage, has devoted himself to the form throughout his career and teaches it as an educator. He may be the leading practitioner of the form,  one of the few of them left , and perhaps the closest living link to Powell and his style.”
Also playing will be The Jacky Terrasson (winner of the prestigious Thelonius Monk competition in 1993) Trio; pianist/vocalist Bertha Hope (Powell protí©gí©, friend, and widow of Elmo Hope, who developed his own piano style out of bebop and hard bop); and the Antonio Ciacca (Director of Programming at Lincoln Center) Trio.  All name Bud Powell as the major influence in their playing.  Ford says that Harris, esteemed by many, is “doing this for Bud.”
The notes for the program state that Bud Powell would have turned 86 on September 27th, and “even though he has been gone for 44 years, he is still considered to be one of the two most significant modern jazz pianists ever, the other being Thelonious Monk.  Pianist Bill Evans paid Powell this tribute in 1979: ‘If I had to choose one single musician for his artistic integrity, for the incomparable originality of his creation and the grandeur of his work, it would be Bud Powell.  He was in a class by himself.'”
As Ford describes it, “in the 40’s, the stride influence in left-hand piano playing gave way to bebop.  It was a change in which the left hand shifted to playing chords that were rhythmically at different spots in the measure.”  Ford says that despite his talent, Powell “had a bad time of things — a rough time.  When he was doing a gig, a racial incident resulted in him being really beat on the head and he suffered brain damage.  He was always a little eccentric, but after the beat down, he became a little crazy.  He moved to France, and wound up in a mental institution where he had shock treatments.  Despite it all, [Thelonius] Monk went to visit him in Paris, and Powell was still playing tunes, and Monk just ‘got it.'”
The evening will benefit the F Sharp Music Hall, currently under construction next to Ford Piano.  Upon completion, this 200-seat facility will be used for musical events in all genres and also, according to the benefit organizers, is slated to become a  “home to a non-profit mentoring and tutoring center for musically talented youngsters who might otherwise not be able to master their craft.”
Ford is excited about this event, from the honoring of Bud Powell to the two-pianos-in-a -room component of the evening: “For me, as a piano guy—I build ’em — when I hear the two pianos playing at once, it truly washes my ears and my brain out, and I can do the intensive work I do. It’s the essence of improvisation. I like to watch the interplay of the two pianists—feeling each other out—and then, when they figure each other out, they listen more, and the audience listens more.”
Tickets for the event are $30 per person, and can be ordered online at FsharpNY.com or by calling 914-739-1224.  Advance reservations are recommended; as of this writing more than half of the available tickets had been sold.  Wine and cheese will be served.