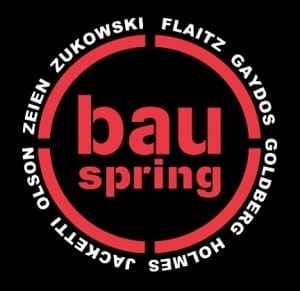 Is it trading spaces or shifting artists? As a means of garnering greater exposure, broadening the constituencies for their members, two local galleries — Marina in Cold Spring and bau in Beacon — are participating in an exchange during March and April.  Both galleries are collectives, and collectively the Marina artists, 14-strong, will be showing their work at bau, while their eight colleagues from Beacon will be taking up residence at Marina. 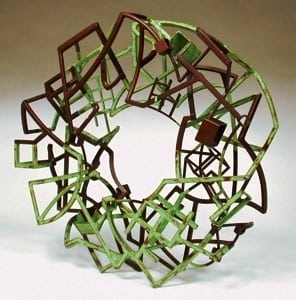 The idea was hatched by Marina’s Martee Levi and bau’s Grey Zeien, as a means of cross-pollinating these near-to-each-other but sometimes independently functioning communities of artists. Marina artist David Provan says the “audiences do overlap, but they are also sometimes isolated.” Describing the Cold Spring art scene as “on the upswing — the quality of the work is getting better and better and the audience more educated” in the six years he has lived here, Provan, who formerly lived and showed his work in Manhattan, calls Beacon a “unique area, a working class town with an esteemed, exalted arts organization at DIA, while Cold Spring overall has a different socio-economic group, with perhaps more collectors here, watching what we show.”  Speaking for bau, Cold Spring resident and bau member Carla Goldberg said that an important part of bau’s mission is community interaction and outreach, and that they are “interested in having these various towns join together to have the whole region recognized as an art center in the state of New York — we want all the river towns to get exposure.” 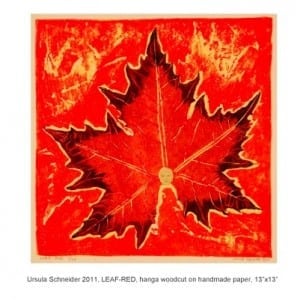 Both galleries show contemporary works, and have artists working in many different forms. Some of the specialties found amongst Marina’s artists are clay figures from Ada Cruz, paintings from Maria Pia Marrella, photography by Lucille Tortora, collages from Levi and woodblock prints from one of the newest members, Ursula Schneider, who doubles as a Sarah Lawrence professor. Provan, who makes metal sculptures of welded steel and bronze, joined the gallery about a year ago. His wife Ann, a painter, is also a member. As described in an earlier Philipstown.info story about a group show there as members of a cooperative gallery, the Marina-affiliated artists are entitled to one show a year there. Some artists prefer not to show each year, or not to show just their own works, and thus there are also guest exhibitions and shows which combine a Marina artist with others whom they nominate. 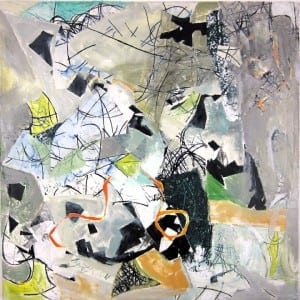 Bau, which stands for Beacon Artist Union, was founded in 2004 by six artists, with a platform which includes having a space for member artists to “grow, present and market their work,” as well as to engage in collaborative curatorial projects and serve as hosts to events of related disciplines, including performances, talks, film and music. Similarly to Marina, bau members are featured in solo shows and group shows, and once or twice each year bau hosts an invitational show. Last year bau participated in a successful gallery exchange with the Amos Eno Gallery in Brooklyn, and they are in the midst of an exchange with a Chelsea gallery, Franklin 54, and its director, Joyce Pommer, right now, with Pommer’s work now being shown in a two-artist exhibit at bau, and work from bau members on display in the city in June. 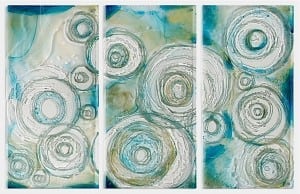 Goldberg feels the Marina/bau exchange is a wonderful opportunity for followers of both sets of artists to see more artists from the region, saying “We’re not really new faces, but for some followers we will be. This allows us all to expand and connect at the same time, and to see what different ideas we all have. It benefits all the artists, working in a different space.”  Speaking of the art scene overall, Goldberg calls the Hudson Valley “a place where very high quality contemporary art is made — not just landscapes and flowers, not that there’s anything wrong with those — but serious art is being made in Garrison, Beacon, Cold Spring and all up and down the Hudson.” 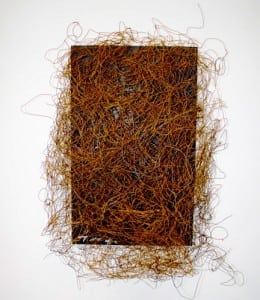 Aside from Goldberg and Zeien (of Grey’s Printing), the bau artists are Carol Flaitz, Michael Gaydos, Tom Holmes, Gary Jacketti, Kirsten Olson, and Lisa Zukowski and they are working in forms including sculpture, installation, encaustic, figurative and abstract painting, ceramics, and mixed media.

The exhibits have staggered openings: The eight artists from bau Gallery will be presenting bau Spring at Marina Gallery, located at 153 Main Street, in Cold Spring, from March 2 to April 1, with an opening reception on Friday, March 2, from 6 to 9 p.m.  Gallery hours are 12 to 6, Saturdays and Sundays.

The 14 members of Marina Gallery will be displaying their works in Marina @ bau at bau Gallery, located at 161 Main Street in Beacon, from March 10 to April 8.  There will be an opening reception on Saturday, March 10 from 6 to 9 p.m.  Gallery hours are 12 to 6, Saturdays and Sundays.

Visit both galleries online at www.baugallery.com  and www.themarinagallery.com for more details and images of the artists’ work.
Photos courtesy of Marina and bau galleries