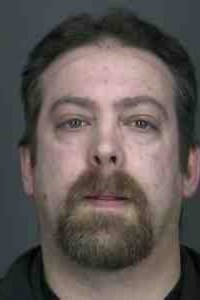 Villanti tells parents a replacement will be appointed and counseling will be available.

In an April 5 press release Haldane District Superintendent Mark Villanti said that arrested teacher Joseph Sayers would not return to the classroom while the charges are pending. “New York State Education law requires that Mr. Sayers is paid during this period of time,” he added. The press release also said a teacher will be appointed as a leave replacement pending Board of Education approval on April 10 and that counseling services will be available to students who want to discuss the situation when classes resume on Tuesday.

Sayers, a tenured social studies teacher at Haldane High School was arrested on April 3, 2012 and arraigned later that day in White Plains City Court on one count of Attempted Disseminating Indecent Material to Minors, in the First Degree, a class “E” Felony. Sayers lives in Hawthorne. A press release issued by Westchester County District Attorney Janet DiFiore on April 3 stated Sayers engaged in a series of conversations with an undercover investigator who “assumed the ‘role’ of a fifteen year old girl,” in an internet chat room. The online conversations took place between March 5, 2012 and April 3, 2012. The release also said the undercover investigator clearly identified herself as a fifteen year old and that Sayers “discussed specific sexual acts, in which he would like to engage.”

Sayers is due is due back in court on April 17. Bail was set at $20,000. If convicted he could face up to four years in state prison. The case is being prosecuted by Assistant District Attorney Toni Ann Gagliardi.

In an email to Philipstown.info, Villanti said that because this is a personnel matter he could say very little about the situation. “Student safety is of paramount importance in the district and we will take whatever necessary steps to insure that our students are safe,” Villanti said.

Villanti’s email indicates that the alleged crime did not involve Haldane students or take place via Haldane’s access to the Internet “We have no reason to believe that any of the alleged activities involve the Haldane Central District or violated our Internet Acceptable Use Policy. The District will fully cooperate with police authorities,” Villanti said. In a separate statement issued to Haldane parents he added, “I am saddened and upset by this information on many levels.”

In his biographical sketch on Haldane’s website, Sayers, states that he has taught at Haldane for ten years. He currently teaches history in grades 10-12 including Advanced Placement (AP)  United States History, AP Government and Politics, Participation in Government and Economics. “I earned a BA in European History from SUNY Purchase and Masters in Secondary Education from Manhattanville College,” Sayers states.  “I am currently working toward a Master in Political Science at American Military University. In my free time, I teach USA Goju Karate and advanced defensive tactics. I currently hold the rank of 4th degree Blackbelt…I am always available for extra help.”

There are no classes at Haldane this week because of spring break.
Photo courtesy of Westchester District Attorney