Sarah Gurland was one of several local residents who spotted a black bear (Ursus americans) on the streets of Cold Spring Wednesday evening, June 1. Gurland said she first saw the bear in the area of Furnace Street and Marion Ave. She took this photo from her car near the corner of Chestnut and Wall streets. 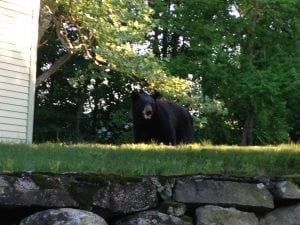 Sarah Gurland took this photo near the corner of Chestnut and Wall streets.

Sightings continued Thursday morning in Nelsonville and along Route 9D at the southern end of Cold Spring. According to the New York State Department of Environmental Conservation (DEC) an average adult male weighs about 300 pounds while females average about 170 pounds. 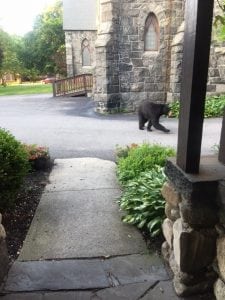