Voters also will decide on expanding board

Bill O’Neill and Alan Potts are running unopposed for two open spots on the three-person Nelsonville Village Board. Each term is two years.

O’Neill is running for mayor to succeed Tom Corless, who was appointed in 2008 and elected four times, and Potts is running to succeed Danielle Pack McCarthy, who served one term. The third trustee, Thomas Robertson, is up for re-election in 2018.

Voters also will decide on Tuesday, March 21, whether to expand the board from three to five members. 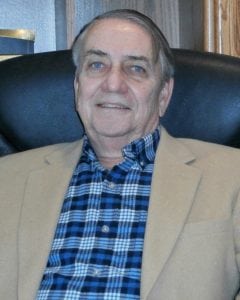 O’Neill, who has been chair of the Planning Board for 20 years, is a retired managing director and chief global marketing officer of Standard & Poor’s Corporate Finance. He and his wife Frances moved to Nelsonville in 1979 and have two sons.

In his biographical statement, O’Neill said he and his Planning Board colleagues blocked a condominium complex proposed by a Westchester developer for “the heart of the village.” The village withstood challenges in state and federal court and later allowed approved development of 12 private homes on the site, he wrote.

O’Neill explained that while he “opposed this specific condominium project” he thinks Nelsonville “should not take a doctrinaire position against all development,” which can be “possible, provided it is sensitive to our community’s character and to the environment.”

He holds an undergraduate degree from Brooklyn College and an executive MBA degree from the Darden School of Business at the University of Virginia.

O’Neill said he wants to see Nelsonville “prosper and evolve in a manner that preserves its identity and character as it welcomes new neighbors” and believes that the village “must be governed efficiently, with active citizen participation, in a way that builds consensus and avoids the needless rancor and gridlock that has plagued other communities.”

Alan Potts, a teacher and former Peace Corps volunteer, says he is seeking election as a Nelsonville trustee “to serve my home village.”

Bilingual in Spanish, he teaches science at the Fieldstone Middle School in the North Rockland (County) Central School District.

Potts undertook separate Peace Corps assignments, building schools in rural areas, as a volunteer in Botswana and Kenya. In addition, he travelled extensively and in childhood and young adulthood “moved around quite a bit” before coming to Nelsonville in 2004.

His time in the village is “the longest I have lived” in one place “and I very much consider Nelsonville to be my home,” he wrote in a biographical statement. He and his wife, Kirsti Lattu, live on Main Street.

Potts holds an undergraduate degree in biology from the University of Mary Washington in Virginia and a master’s degree from Columbia University.

He described public service as “as a privilege extended by the residents” to elected officials. “I do not believe that politics should play a role in a village setting as it is less about government and more about stewardship of the affairs of the village.”

Potts also said he has “been a public servant for most of my adult life and look forward to the opportunity to serve my home village as best I can.”

7 thoughts on “Meet the Nelsonville Candidates”