Lidija Slokenbergs is a senior at Haldane High School. 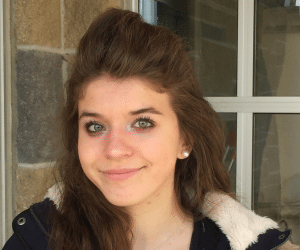 Lidija Slokenbergs (Photo by A. Rooney)

Ten years ago, when you were 6 years old, your family left Cold Spring and moved to Latvia. Why?
My grandparents from both sides escaped from Latvia during World War II [the Nazis and Soviets occupied the country during the war] and settled here. My parents wanted to dig deeper into their heritage by living in Latvia for two or three years. We ended up staying for 10. My sister was born there. We moved back to Cold Spring in 2016, although we came back every summer to see my grandparents.

Was it difficult to leave Latvia?
The hardest thing was leaving my closest friends, but I was excited to be able to spend more time with my family here, especially my grandparents. I was also eager to experience going to high school in America. The biggest challenge wasn’t moving but during the months leading up to it, because you’re in a holding mode. But it’s been amazing to get to know Cold Spring friends I’ve had since kindergarten. We’re living in the house I was born in, which has a lot of happy memories.

When did you learn to speak Latvian?
We speak it at home, so I began with that. I started to learn English when I was 4. I learned to read and write in both English and Latvian when I was in kindergarten. The weird thing coming back was not knowing some of the academic words in English, such as terms in biology and mathematics. My name is pronounced Lydia in English but in Latvian it’s more like LidiYA. When people see how it is spelled, they come up with crazy pronunciations. 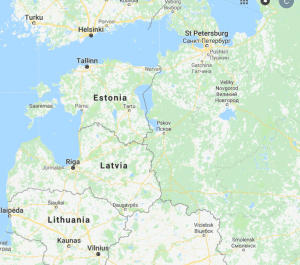 Latvia borders Russia to its east.

You won an essay contest sponsored by the Veterans of Foreign Wars. What did you write about?
I highlighted the openness and friendliness people who don’t know each other have in the U.S. Like when you go down the aisle in a supermarket and people just say “Hi.” That would never happen in Latvia, probably because there are things left over from the Soviet era; there’s still that subtle tension. A lot of people don’t know Latvia is an actual country. Or, they don’t know the status: free or not free. Every five years, there’s a big song-and-dance festival and you feel that passion to be free, because they didn’t have the privilege under the Soviet Union.

What are your plans after you graduate in June?
When I first arrived at Haldane as a junior, I found the emphasis on college to be overwhelming. Last summer I finally started to think about where I want to be. I’m interested in theater and psychology. I reassure myself that I can always return to Latvia, whether it’s for a gap year or community service or later in life, whatever. Something I’ve always admired about my parents — especially my mom — is that they never want anything to be set in stone.

One thought on “5 Questions: Lidija Slokenbergs”