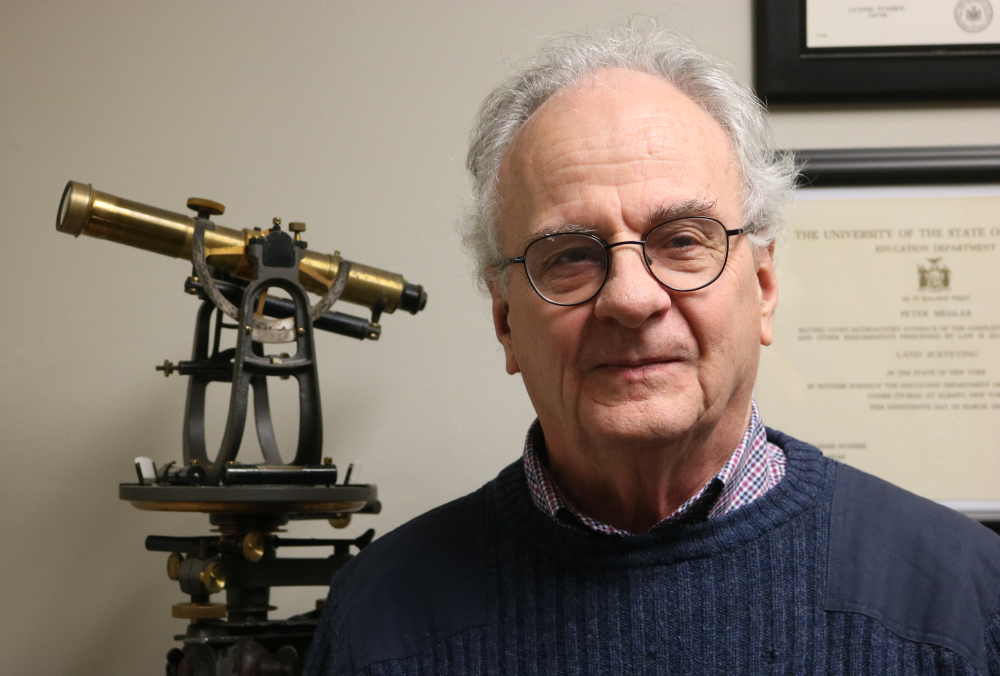 Glenn Watson, who in 1973 co-founded Badey & Watson, a Philipstown-based surveying and engineering firm, plans next month to sell his equity and become a part-time employee.

You’ve been a surveyor for nearly 50 years. What projects stood out?
Surveying the tops of Mount Beacon, Bull Hill and all the local mountains. And the [proposed] Fjord Trail, a narrow strip of land along Route 9D, which seemed like it would be easy. But it included older state parkland surveys that were not so good; the railroad, which required [being accompanied by] guards to get access to it; the Melzingah reservoir; private property; and dealing with the state Public Service Commission, which manages the Catskill Aqueduct, and the state Department of Transportation for Route 9D, some of which was built on land the state didn’t own.

How has surveying technology evolved?
There was essentially no change in surveying equipment — transit and steel tape — from 1860 to 1960. Now, using GPS, we can pinpoint a position to within the size of a quarter. In 1974, it took two nights to do a series of lines from Anthony’s Nose to Ninham Mountain to Brewster. With GPS it takes an hour.

How far back have you gone with survey markers?
After the Revolutionary War, the Commission of Forfeiture confiscated land from British loyalists and redistributed it. Surveys were done. We’ve used those field notes from the state archives to find survey markers, which sometimes were a specific tree or pile of rocks.

Will surveyors ever become obsolete?
No, because physical things and circumstances change. People want to build or put up a fence and need an exact property line. And there are properties in areas like East Mountain that haven’t been surveyed in more than 100 years. People are less casual about property lines than they were years ago. I was at a land-title seminar where the speaker said people are often more concerned about an encroachment on their property than an encroachment on their spouse!

Do you have any surveying heroes? Maybe Charles Mason and Jeremiah Dixon of the Mason-Dixon Line?
No one famous, but there were local people in the 1920s who did very good work you can still rely on, such as J. Wilbur Irish in Peekskill. And someone once said of Mount Rushmore that it portrays “three surveyors and some other guy.” Washington, Jefferson and Lincoln were all surveyors.

One thought on “5 Questions: Glenn Watson”