The Philipstown Planning Board, meeting via Zoom on May 21, reviewed a proposal from Magazzino Italian Art, the museum on Route 9 near Route 301, to add a building to its 9.4-acre site.

The new structure would house a larger library than the one in use and include space for small public events, exhibits and students’ pursuits, as well as a cafeteria and a separate parking area, its representatives told the board.

According to Glenn Watson of Badey and Watson Surveying & Engineering and architect Miguel Quismondo, the building would occupy a “minimal footprint.” It would be partly underground on one side and would not intrude into nearby wetlands, they said. Landscaping would screen the structure from the road. 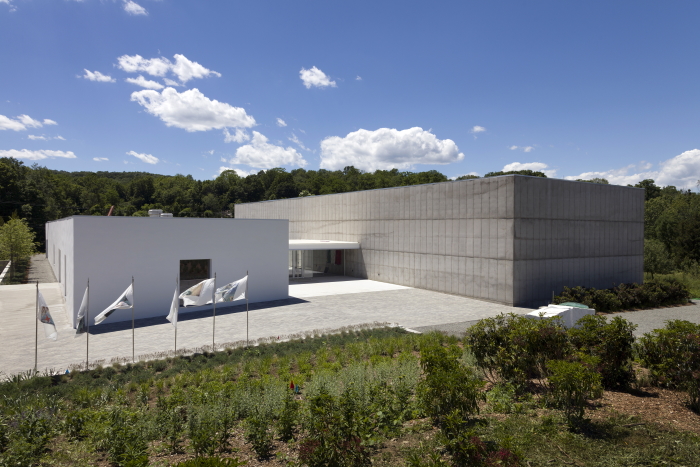 Neal Zuckerman, who chairs the board, noted that the project had been introduced earlier this year as a lot-line adjustment after Magazzino purchased a strip of land from the neighboring property but now involves the construction of a building. “We owe it to the public” to provide “clarity” on what’s going on, he said.

Stephen Gaba, the board’s lawyer, said it “should treat this as everything going back to square one,” and require submission of an updated site plan.

The board said it would continue the discussion at its June meeting after Magazzino submits detailed plans. According to Ron Gainer, the town’s consulting engineer, the Philipstown Conservation Board must also review the project.

The Planning Board also weighed a proposal by CRS International to construct a warehouse and distribution center on a 2.5-acre parcel at 2761 Route 9. The 20,000-square-foot warehouse would be accessed primarily by tractor-trailers making deliveries and transporting apparel and other items to stores, as well as employee vehicles, project representatives said. 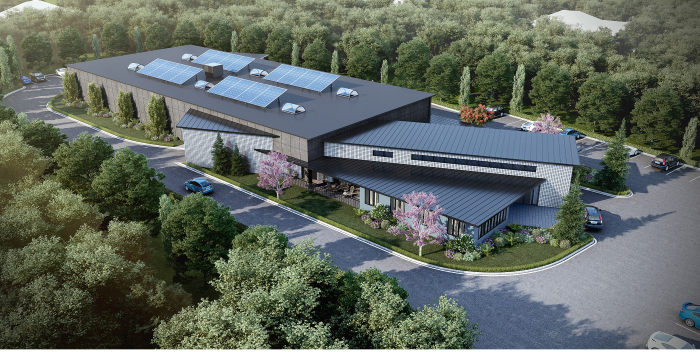 A rendering of the 20,000-square-foot fashion warehouse proposed for Route 9 (Image by Hudson Design)

Watson, along with Jamie Copeland of Hudson Design, said the plan calls for routing trucks around the building. “They come; they unload, and they leave” within a “half-day to a day,” Copeland said. Watson said the property could accommodate up to five trucks.

Planning Board members expressed concern about how the trucks would maneuver, including exiting and entering Route 9. “You are going to have to take a real good look” at the effects and could request an independent traffic study, Gaba told the board.

2 thoughts on “Magazzino Seeks to Expand”