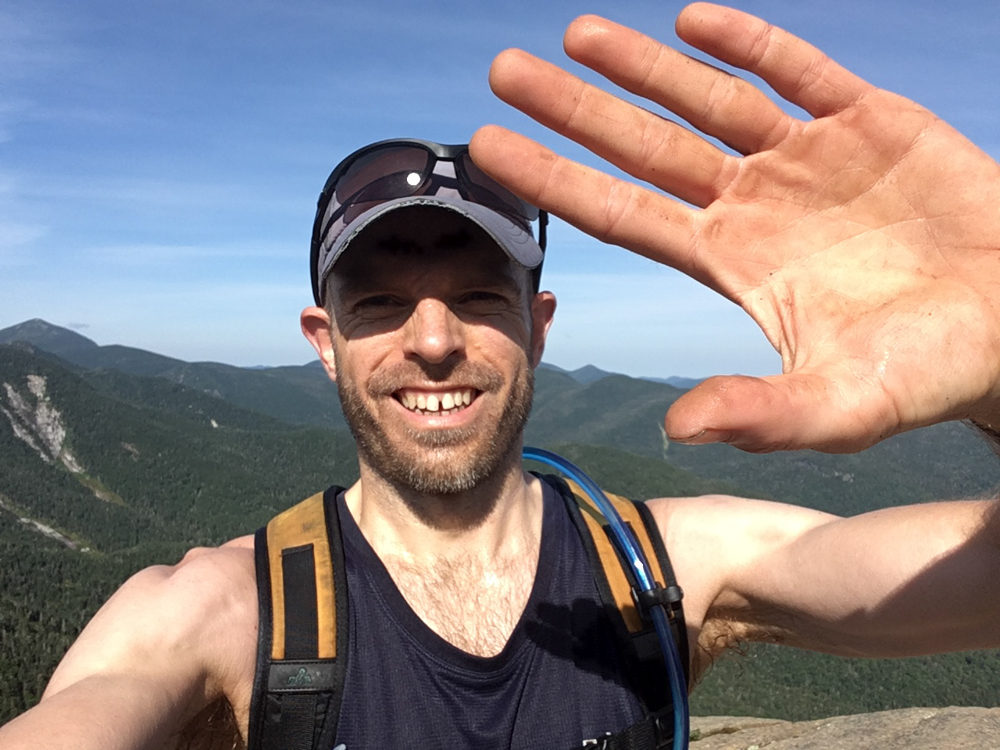 This weekend, Greg Buzulencia of Beacon and his running partner, Benno Rawlinson of Westfield, New Jersey, will attempt to set a record by covering all 88.4 miles of the New York section of the Appalachian Trail, nonstop.

It’s a challenging, historic and inspiring undertaking — the men hope to raise awareness of domestic violence as well as to raise money for a victim — and it’s in no way whatsoever what Buzulencia originally planned to be doing.

Instead, he had been training for a weeklong expedition with friends running through the wooded mountains and along the cliffs of the Gaspe Peninsula in Quebec. But stuck in the U.S. by pandemic travel restrictions, Buzulencia was all worked up with no place to go. 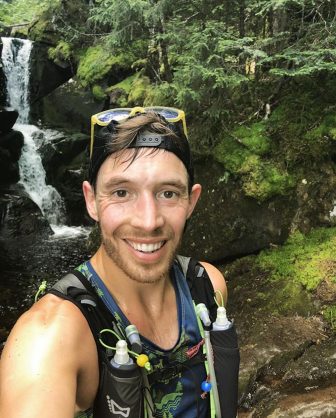 “I had spent six months getting in shape,” he says. “It felt like a waste to lose this fitness, so I thought, ‘What else can I do?’ ” Like many ultrarunners who have had their schedules disrupted by COVID-19, Buzulencia discovered the wild world of Fastest-Known Times, or FKTs.

Popularized by the ultrarunner Buzz Burrell, FKTs are a way for anyone, anywhere, to turn the world around them into a race course. Runners have long pursued speed records on multi-day runs over iconic routes such as the John Muir Trail in California, the clump of 14,000-foot-or-higher Colorado mountains known as Nolan’s 14, or the 2,190 miles of the Appalachian Trail.

But with FKTs (yes, there is a website), runners can set their sights on shorter, closer or weirder routes. (Earlier this week, a runner in Buffalo set an FKT by running the perimeter of the city in 8 hours, 19 minutes and 10 seconds.)

Buzulencia has chased other unconventional goals, including skiing an iceberg off the coast of Greenland and making “first descents” on skis down remote mountains in Mongolia. He considers himself in the top 10 percent of trail runners. But setting an FKT on a well-traversed route such as The Devil’s Path in the Catskills or The Presidential Traverse in the White Mountains of New Hampshire (both of which he’s run) is only now obtainable to the top 1 percent. 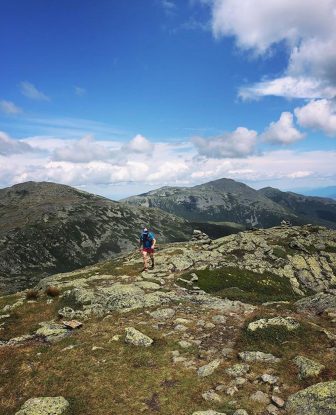 And yet … when Buzulencia went online looking for potential trails for an FKT, he found that the New York portion of the Appalachian Trail was up for grabs. There had been only one previous attempt, but the runner stopped because of an injury.

The fact that the FKT hadn’t been completed surprised Buzulencia until he and Rawlinson, who met a few years ago during a sunrise run on Mount Beacon, began running short sections of the 88.4 miles of trail.

The 17,000 feet of elevation gain ended up being the least of the challenges. “It’s the rocks that never end,” Buzulencia says. “It’s not an easy trail to move quickly on. Not that any part of the Appalachian Trail is, but it wears on you.”

The runners will begin their journey late in the day on Saturday (Oct. 3) at the New York-New Jersey border, running north to Harriman State Park and Bear Mountain to get the route’s toughest section (and the first segment of the entire Appalachian Trail to be created) out of the way. They hope to finish in 24 hours or less, although whatever time it takes will become the FKT. 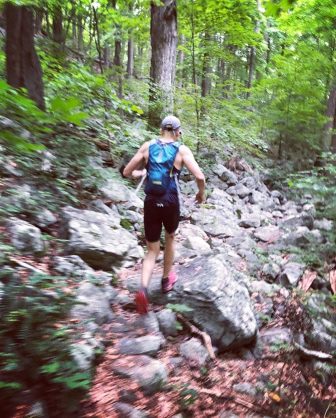 Buzulencia during a practice run on the Appalachian Trail

Buzulencia says he wanted the run to be about more than, as he put it, “my own ego,” and wants to call attention to the fact that October is Domestic Violence Awareness Month. He notes that data suggests domestic violence has grown worse with people stuck home during quarantine.

He also hopes to help a specific survivor, Nikki Addimando, a Poughkeepsie mother of two who is a childhood friend of Rachel Hawkes, with whom Buzulencia founded the online travel platform ViaHero.

After years of violent abuse from her partner, Addimando shot and killed him in 2017. Although she claimed self-defense, she was sentenced in February to 19–years–to life for second-degree murder and 15 years for possessing her partner’s legally registered gun. She is serving the sentences concurrently.

Buzulencia said that Addimando should have benefited from the state Domestic Violence Survivors Justice Act, which was enacted last year and allows for lighter sentences in cases like hers. “There isn’t a more perfect case for it to be applied,” he says.

Buzulencia and Rawlinson have created a website at abigrun.com to raise money for Addimando’s legal appeals and recruited more than 100 runners who organized into 18 teams to run their own 88.4 mile long relays this weekend.

With $14,000 in donations in hand even before the attempt, Buzulencia’s campaign has already been a success, whether he finishes or not. And there’s no guarantee that he will: He’s been battling injuries, including a nasty case of plantar fasciitis that flared up after his last long run on the trail, making the final few miles unbearable. On the other hand, he’s used to dealing with adversity. Earlier this year, he fell during a run and broke two ribs. He went skiing the next day.

“I figured it was a low-impact way for me to keep training,” he says.

Update, Oct. 5: Buzulencia made it to Mile 62.5 before his feet and knees gave out, and Rawlinson called it at Mile 71. “We set an audacious goal, and were humbled by it,” Buzulencia wrote on Facebook. “We’re proud that we made it further than anyone has.” Even coming up short, the men raised more than $29,000 for Addimando’s legal fees. Donations will be accepted through Oct. 31.