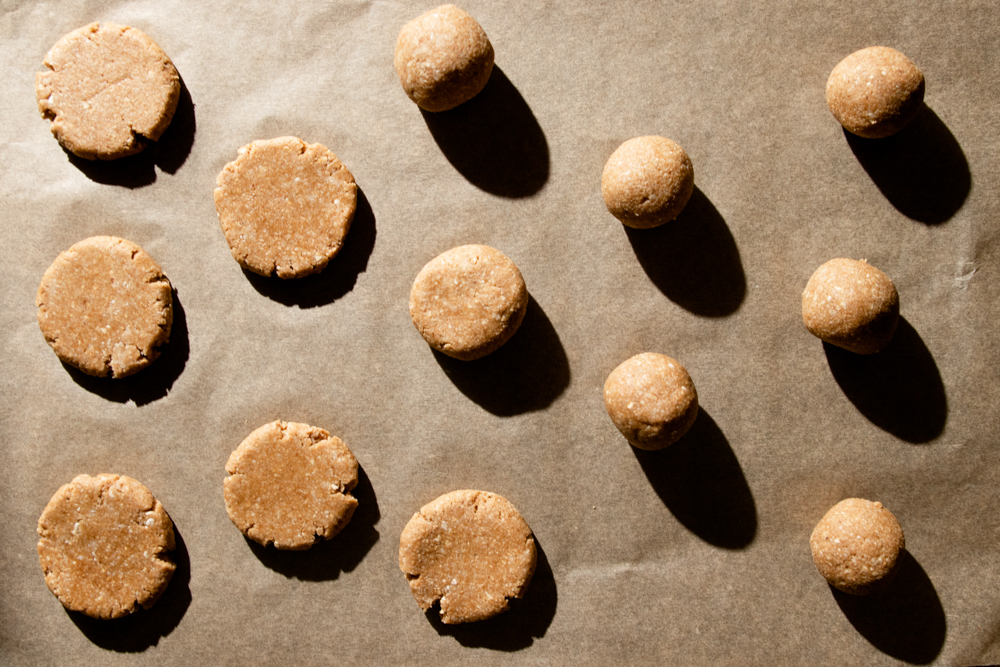 I’d like to think I belong in the latter camp. I object to bluntly classifying human beings into categories that are totally irrelevant to our complexity.

Yet I have to admit that, when it comes to the recipe I’m sharing this week, there really are just two kinds of people: Those who know how much they like this type of biscuit, and those who haven’t tried them yet.

Honest, those are your only options.

As proof of my assertion, I offer a single experiment. Although it was not exactly scientific in the strictest sense of the word, it did take place in a highly science-y setting, i.e., a hospital. Better yet, its subject, my obstetrician, was a very scientific man. Or so I thought.

My husband and I collected the data while I was in labor with our first son, George. After a long night of stay-at-home pain, we taxied to uptown Manhattan for what would be an even longer day of maternity-ward pain. Peter, bless him, had dutifully followed the advice in our pregnancy books and packed a go-bag featuring high-fiber snacks, including a box of British digestive biscuits. As I am one-quarter Scottish, I have a longstanding love for this delicious type of biscuit, which celebrates the natural nuttiness of whole grains, and has a perfectly balanced sweet-to-salty ratio. As I was just then in labor, however, I was not able to indulge my affinity. Indeed, I would not be able to eat for another 10 hours.

Peter placed the box of biscuits on the windowsill.

After Dr. R, my obstetrician, concluded his first checkup of me, he spied the box, walked over and picked it up. But when Peter offered him one, he declined. And why wouldn’t he? These biscuits look for all the world like something that oppressed peons would be fed in a dystopian novel: dry, uniform, dull.

During his next visit, however, Dr. R relented and tried a biscuit, then quickly accepted a second one. “These are actually pretty good,” he said as I growled in pain nearby. After that, Dr. R showed up in my room every 20 minutes or so, not to check on my progress, but to help himself to another biscuit. By the time George arrived in the world, shortly after 3 that afternoon, the box was empty.

Of course I didn’t care. George’s astonishing sunrise beauty filled me with such extravagant joy that there wasn’t room for anything else. By the time I grew hungry, Peter was happy to pop out to a nearby cafe for takeout.

As for my biscuit experiment, I have witnessed versions of Dr. R’s metamorphosis from skeptic to fan dozens of times in the years since — especially once I started baking them from scratch. My version, inspired by a recipe from the Tartine cookbook, uses only oats for the grain. This gives them a quiet depth of flavor and also makes them somewhat more nutritious, as well as suitable for anyone who’s gluten-averse.

In Britain, biscuits such as these are served at teatime. But in my house, they often double as a grab-and-go breakfast, perfect for rushing-out-the-door teens, and even — gulp — 20-somethings like the still-astonishing George.

Though I like them best plain, these tender biscuits are also quite nice with preserves sandwiched between them, or dipped in melted chocolate. You can substitute a low-cholesterol butter alternative, such as Earth Balance, for an equal portion of the butter.

Heat the oven to 350 degrees and line two baking sheets with a nonstick liner or parchment. In a small bowl, combine the milk and molasses, and whisk to blend.

Place the rolled oats in the bowl of a food processor and whirr until nearly as fine as flour. Add the rest of the dry ingredients, and process until thoroughly combined. Add the butter and process until crumbly. Add the molasses mixture and process just until the dough comes together.

Turn out the dough into a large bowl and knead gently and briefly with your hands until evenly mixed.

Scoop up roughly 1 tablespoonful of the dough, roll into a ball and place on the lined baking sheet. Use the heel of your hand to press it flat. Repeat for the remaining dough.

Bake 6 minutes, rotate the pan and bake another 6 to 7 minutes. Cool in pan for 10 minutes before transferring to a wire rack.