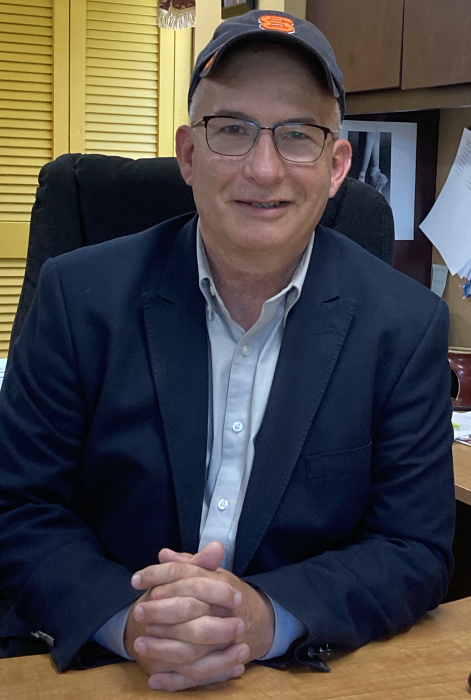 Roland Traudt is the executive director of the Beacon Housing Authority.

What is the Beacon Housing Authority?
It was created in 1964, and the Forrestal Heights building, which has 175 apartments, was constructed in 1969. Residents must meet an income limit to live here [not to exceed 80 percent of the local median], and their rent is set at 30 percent of their income. Our second site, Hamilton Fish Plaza, on Eliza Street, which opened in 1989, has 70 apartments. We are called the City of Beacon Housing Authority, but we have nothing to do with the city except that five of our seven board members are appointed by the mayor. The other two members are elected by the residents. We are one of 3,200 housing authorities that receive federal funding.

The sites have historically had long waiting lists. Are there other options for someone who needs housing?

The waiting list is closed right now, except for seniors and disabled people, because the wait is so long. The wait for a family could be five to eight years. I’ve been here since 2008, and there’s been a waiting list since then. When I started, 25 percent of our units were vacant and we quickly renovated and rented them. There is no reason for any apartment to sit empty for more than 30 days. Otherwise, there isn’t much for someone to do except move to another jurisdiction where the wait’s not so long, but who wants to move? There’s just a need for more housing.

Would you say there an affordable housing problem in Beacon?

Definitely. If the wait is that long, there’s a problem. Even before COVID-19, I’ve been seeing a lot of people move up from New York City — not only to Beacon, but all over the region. People move up and they can afford more. An apartment that used to be $1,500 is now $2,250. That creates a problem for the people who make less money and want to stay here.

What’s the difference between Section 8 and public housing?
If you’re part of our low-income public housing program, you live at Forrestal Heights or Hamilton Fish Plaza. For Section 8, we have about 250 vouchers that are handled by landlords throughout our jurisdiction, which includes Beacon and surrounding municipalities. If someone applies and gets a voucher, they find their own housing and use the voucher as partial payment toward the rent. The tenant normally pays 30 percent [of their income] and the balance comes from the federal government. We are going through a transition and by Sept. 1 our public housing units will be converted to a “project-based” Section 8 format [where vouchers are attached to specific units], which will allow the Housing Authority to receive more funding.

What could you do with more funding?
More capital improvements, renovate kitchens, renovate bathrooms, new roofs on the buildings that might need them in the next few years. Create more parking. We’ve done a lot of capital work over the 12 years I’ve been here, so we’re not in bad shape. But we also want to build more affordable housing. You have to be creative when you work in a housing authority. Every year you submit a budget to HUD [the U.S. Department of Housing and Urban Development] — say I need a million dollars to make this place run properly under its guidelines. But every year HUD says, nationwide, “We’re going to fund the housing authorities at 75 percent,” or sometimes it’s a little higher, like 85 percent. How do you make something work when you’re never getting enough money to do the job correctly?