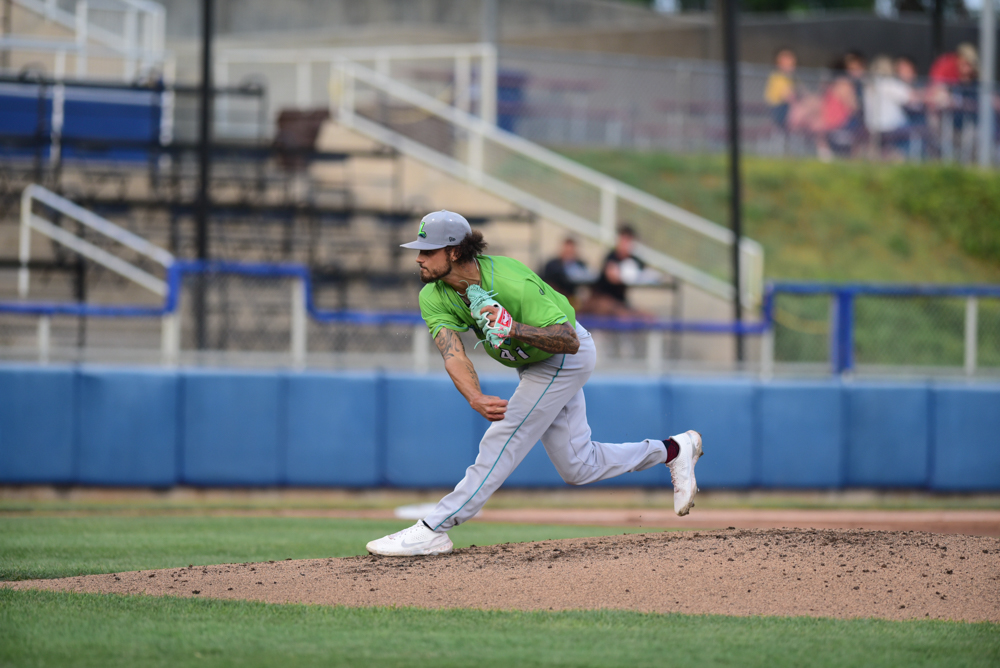 Lenny Torres Jr., a 2018 Beacon High grad, pitches for the Lynchburg Hillcats, a Class A affiliate of the Cleveland Indians. (Photo by Gary Streiffer)

A career-threatening injury can be one of the scariest situations a professional athlete faces.

When Lenny Torres Jr., a 2018 Beacon High School graduate with a 98 mph fastball who plays Class A ball for the Cleveland Indians, learned in 2019 that he would need surgery to repair a torn ulnar collateral ligament inside his right elbow, he knew recovery would be a challenge. 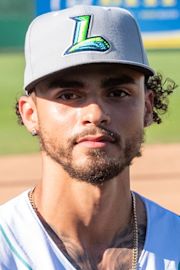 “At 18 years old — or at any age — no player ever wants to hear that they are getting surgery of any kind, because that means a setback,” Torres said this week from Lynchburg, Virginia, where he pitches for Cleveland’s farm club, the Hillcats.

“Going through that was very tough,” he added. “But it was also good for my mental health. This was the first serious injury I’ve had, and absolutely the low point of my career to hear my life was being put on hold.”

After spending 2020 in rehab, Torres was assigned on April 29 to Lynchburg, where he’s working his way back into form. He’s 2-6 but has 60 strikeouts in 60 innings, allows 1.63 walks-and-hits per innings pitched (WHIP) and has a 5.79 earned-run average (ERA). He was scheduled to pitch on Thursday (Sept. 2) at Myrtle Beach.

Torres, who was selected by the Indians in June 2018 as the 41st pick in the draft, began his professional career in the Rookie League in Arizona. He learned during spring training in 2019 that he needed what is known as Tommy John surgery, named for the first pitcher to undergo the surgery and return to baseball.

Torres said that, other than the injury, he hasn’t been surprised by much.

“It’s been pretty much what I thought it was going to be like,” he said of his experience in the minor leagues. “You eat, breathe and sleep baseball once you get out here for a full season. There’s a lot to learn, and a lot has been learned since I’ve been here.”

Torres said coming back from his injury has been the high point of his career. “All of those days in rehab are finally paying off,” he said. “I can press ‘play’ on my career again. Nothing comes easy unless you work for it. So that’s what I feel like I have to do. I work my butt off every day, do what I have to do to get to the big leagues.” 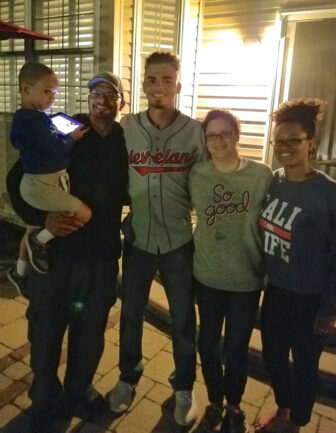 His father, Lenny Torres Sr., said his son got through rehab with flying colors. “He’s a machine,” he said. “It’s normally a 14-to-18-month process; he finished in 12 months.” He and his wife, Ana, and Lenny’s siblings, Jalana (25) and Josiah (6), follow along on the edge of their seats.

“We all understand it’s a long road ahead,” Torres Sr. said. “And he knows. No matter what, you got to stay focused, keep going. His agent has been doing a great job teaching him about experiences, and going through Tommy John.

“It’s never a straight line to the top, it’s about where you end up,” he said. “Strikes, ball, those are the things he can control, and he’s doing things most kids would kill for. After every outing, he’s making adjustments.

“Every morning I send him words of encouragement,” Torres Sr. said. “He’s like a bull; when he has a hard time he does not waver. His mentality and will to not lose, his composure, it’s impressive.”

Torres Sr. said one of the things that bothers his son most on the mound is giving out free passes — walks. “He gets really upset,” he said.

The elder Torres works in construction and says his co-workers have all become Lenny fans. “They’re all excited for him, and Google him. It’s surreal. It’s still like a movie to me.”

Father, son and family continue to dream about Lenny making “The Show.”

“I saw a video of a dad after a game,” Torres Sr. said. “The pitcher sees his family, and the dad was bawling like a little baby. That would be me. My company understands that if he makes it, every five days I’ll be taking two days off” when Lenny is on the mound.