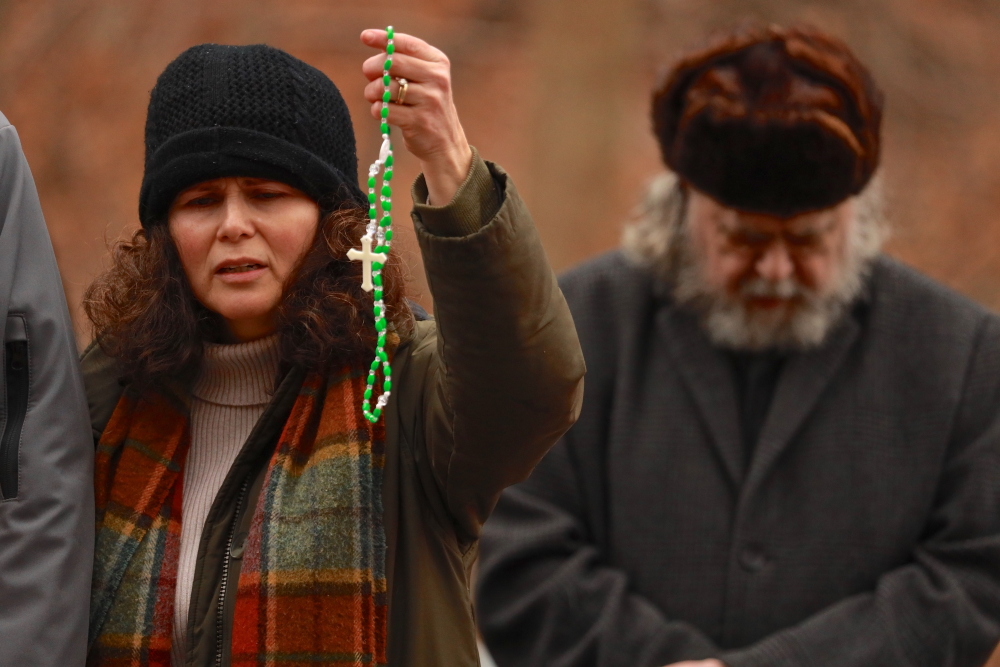 Angel Elektra drew a crowd at the Putnam Valley Library on Feb. 1 when the drag queen read books to a packed room of children and their parents as a lesson about inclusiveness and acceptance. A local priest took offense and organized a protest. Others (below) showed up to voice support for the event. Elektra will read stories at Split Rock Books in Cold Spring on May 17. 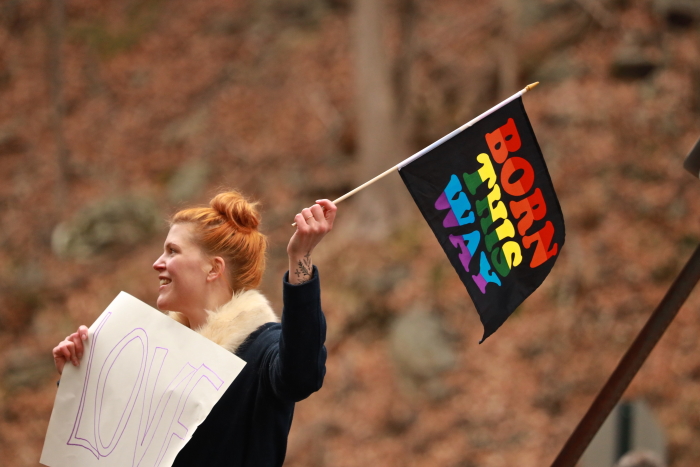