Beacon and Philipstown would both move into a new state Assembly district under a proposal drafted to replace the current maps, which were ruled unconstitutional by a New York judge but used for this year’s elections.

The proposed maps were released Dec. 1 by the state’s Independent Redistricting Commission (IRC) for public comment. The boundaries for what would be District 94 extend from just north of Beacon to include Cold Spring, Garrison, Putnam Valley, Mahopac, Yorktown Heights and Somers. It would be bounded on the west by the Hudson River but exclude Peekskill. 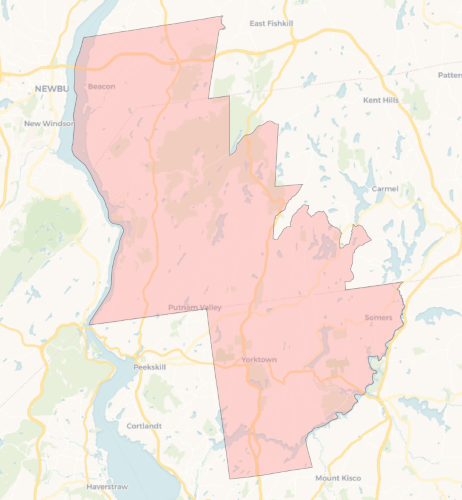 The proposal for 2024 would place Beacon and Philipstown in Assembly District 94.

Philipstown is now in Assembly District 95 and has been represented for nearly 30 years by Sandy Galef, a Democrat who will retire this month. She will be succeeded by Dana Levenberg, also a Democrat, who won the seat in November. Beacon is part of District 104, which is represented by Jonathan Jacobson, a Democrat who ran unopposed this year for a third term.

The proposed Assembly District 94 would have about 136,000 residents, 75 percent of whom are white, 14 percent Latino, 4.5 percent Black and 3.7 percent Asian. In 2020, Joe Biden won 52.9 percent of the presidential vote within the district’s boundaries.

The current District 94 is represented by Kevin Byrne, the newly elected county executive for Putnam. Matthew Slater, a Republican and a supervisor for Yorktown, will take over the seat in January after defeating Kathleen Valletta,  a Democrat, in November. 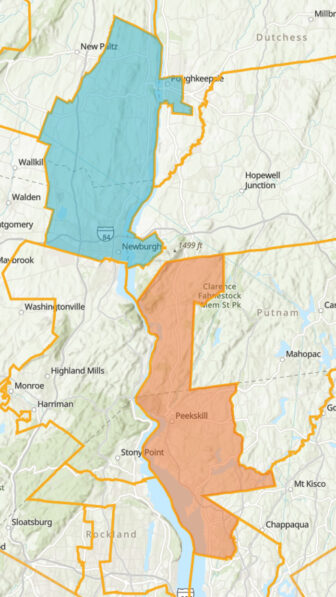 The revised Assembly maps represent a do-over for the IRC, whose Democratic and Republican members initially released competing proposals for New York’s 26 congressional seats, the state Senate’s 63 seats and the 150 seats in the Assembly.

After the deadlock, Democrats in the Legislature took over the process, creating their own version that was signed into law by Gov. Kathy Hochul. Republicans challenged those maps in court, and Patrick McAllister, a state judge in Steuben County, ruled in May that the Democratic maps violated the state constitution, which prohibits gerrymandering.

In upholding his decision, the Court of Appeals, New York’s highest court, also concluded that Democrats failed to follow the legal process for approving maps, which required that lawmakers first reject two plans by the commission. Even then, the court said, state lawmakers could only amend the commission’s second rejected plan, and any changes could not affect more than 2 percent of the population in any district.

Under McAllister’s oversight, a special master redrew New York’s congressional and state Senate maps. The Court of Appeals’ decision, however, did not cover the Assembly maps, so the state used them for the primaries in June and the general election in November.

Judge Laurence Love of the New York County Supreme Court issued a decision in September allowing the IRC to draft new boundaries for the Assembly, rejecting a request by two Democrats and a Republican, who sued to have the maps redrawn by a special master, such as happened with the congressional and Senate maps.

Love’s order, which is being appealed, requires the IRC to hold public hearings in five cities (Albany, Buffalo, Rochester, Syracuse and White Plains); New York City’s five boroughs; and Nassau and Suffolk counties on Long Island. The White Plains hearing is scheduled for Jan. 30; another will be held at Hunter College in New York City on Feb. 7. See nyirc.gov to register.

Once the hearings are complete, the IRC must submit its finalized maps to the Legislature by April 28. If the Legislature fails to approve the plan, or the governor vetoes it, the IRC will have until June 16 to submit a revised proposal. If that also fails, the state Senate and Assembly can make changes.