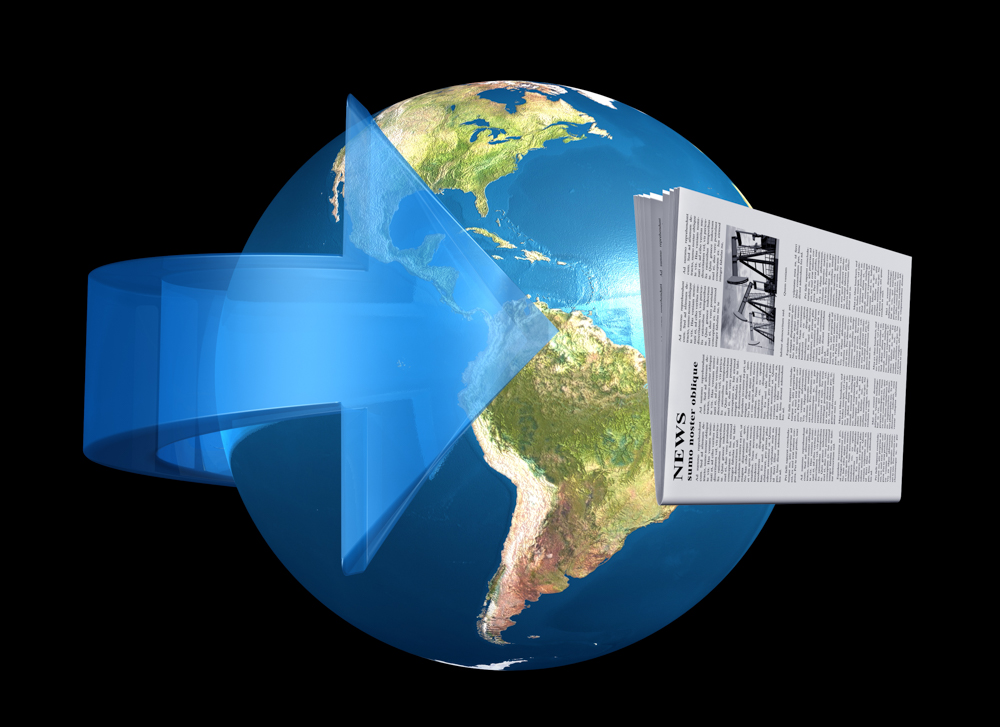 All politics may be local, but I wonder if that’s true of all news as well.

It was all local when I began reporting for the The Putnam County News and Recorder 15 years ago. The publisher and editor, Brian O’Donnell, said my job was to be a “fly on the wall” at school and municipal meetings and tell people what happened. My journalistic horizons never extended beyond Nelsonville — well, maybe Garrison during a heavy news week.

It struck me recently how drastically that has changed since joining The Current 12 years ago. In fact, if the paper had the budget to send me to all the places involved in my stories, I’d be a world traveler.

It was recent emails to and from Enrique “Rob” Lunski in Argentina that brought that realization home. Rob lives in South America during our winter. I was writing about his Poughkeepsie-based, bilingual, online magazine, ABClatino, that has readers from across the Spanish-speaking world. I wished I was down there now, enjoying Argentina’s 75-degree weather. Rob rubbed it in a little.

My first virtual overseas travel was to Germany in 2013 when I wrote about Brooks Bowman, a rising musical star whose songs have been performed by everyone from Billie Holliday to Diana Krall. Bowman died in a traffic accident in Garrison in 1937. Largely forgotten for decades, his story was revived by a German musician, Hans-Martin Fleischer, who traveled here to retrace Bowman’s life. A few years later, Fleischer and I communicated by email. He was in Germany, and I admit, thoughts of Black Forest beer gardens danced in my head. I settled for a bottle of Paulaner from Foodtown.

In 2019, I wrote about something that came as a surprise: Two TV news programs, La Verdad Internacional and Punto Vida, produced in Bolivia and broadcast to Latino countries around the world, originate from a studio in Philipstown and are hosted by my friend and fellow journalist, Carlos Salcedo. I had never envisioned Philipstown as home to international television programming.

Reporters aren’t supposed to be part of the story, but Carlos returned the favor and interviewed me and Current Editor Chip Rowe via Zoom for one of the shows. We discussed the challenges of publishing a local weekly newspaper. It was fun to have the tables turned and be interviewed rather than doing the interview. However, I know exactly three words in Spanish: por favor, cerveza and gracias. So, it was bizarre to see us speaking Spanish in the translated version of the broadcast and to realize viewers from Chile and Paraguay to Columbia and Spain were tuned in to hear what we had to say.

Last year, I wrote about Tomiko Morimoto West, who, as a 13-year old girl, survived the bombing of Hiroshima. She lives in Dutchess County now, but her descriptions of what she experienced 76 years ago were so vivid she took me back to that day in Japan. She made the unimaginable very imaginable. Despite the death and destruction she described, her wisdom, kindness and lack of bitterness left me with a good feeling.

Not all stories do.

In January, I covered the story of Aung Phone San, a 26-year-old Myanmar national whose backpack was found along the banks of the Hudson River in Cold Spring. He had phoned his mom from near Albany in December, telling her that he would jump ship from the bulk carrier he worked on rather than return to Myanmar, now ruled by a military junta that was punishing political activists. Seeing the clothing, personal documents and photographs from Aung’s backpack was chilling. I tried to imagine the desperation he must have felt as he plunged into the icy water. His body has not been found.

The COVID-19 pandemic has been equal parts local and global. It’s no surprise that I’d write about its impact here in the Highlands, but early in 2020 I was amazed to find myself interviewing Dong Xin Gong, via Zoom, as he sat in Xuzhou, China, a city I had never heard of despite its population of 8.6 million. I’ve always found China fascinating, but thanks to the coronavirus, I was happy that visit was only virtual.

Most of my internationally tinged articles haven’t resulted from in-depth research on my part. Most have somehow found me, although I did produce one international story all on my own. And it wasn’t virtual.

In 2018, I was in Australia visiting my son, Drew, and his wife, Kim. What’s a reporter to do while on vacation Down Under? Look for a story! We drove about an hour inland from Brisbane to the small town of Boonah, Queensland. There I spoke with Wendy Creighton, who had 33 years under her belt as editor of the The Fassifern Guardian, the local weekly newspaper, with circulation similar to The Current. Interestingly, she told me that in Australia, the Liberal party is actually conservative and the Labor party is liberal.

I’ll always remember my last question to Wendy: “I love your accent; but why is it so strong?”

Tomorrow, I hope to contact a former resident of the Highlands who has been stranded in the Ukraine since the start of COVID. I think his observations will be of interest locally.

So, yes, all news is local. But at The Current, at least, some stories have tentacles that stretch way beyond Main Street, transcending time zones and even oceans.